Santa Fe, New Mexico is the oldest state capital city in the United States, founded by Spanish colonists in the early 1600s. The city is located roughly an hour north of Albuquerque and centers around a historic plaza and the Palace of the Governors, which dates to 1610 and holds the title for the oldest government building in continuous use in the US. In recent years, Santa Fe has entered the tourism spotlight due to its numerous outdoor activities, plethora of art galleries and museums, and booming culinary scene. 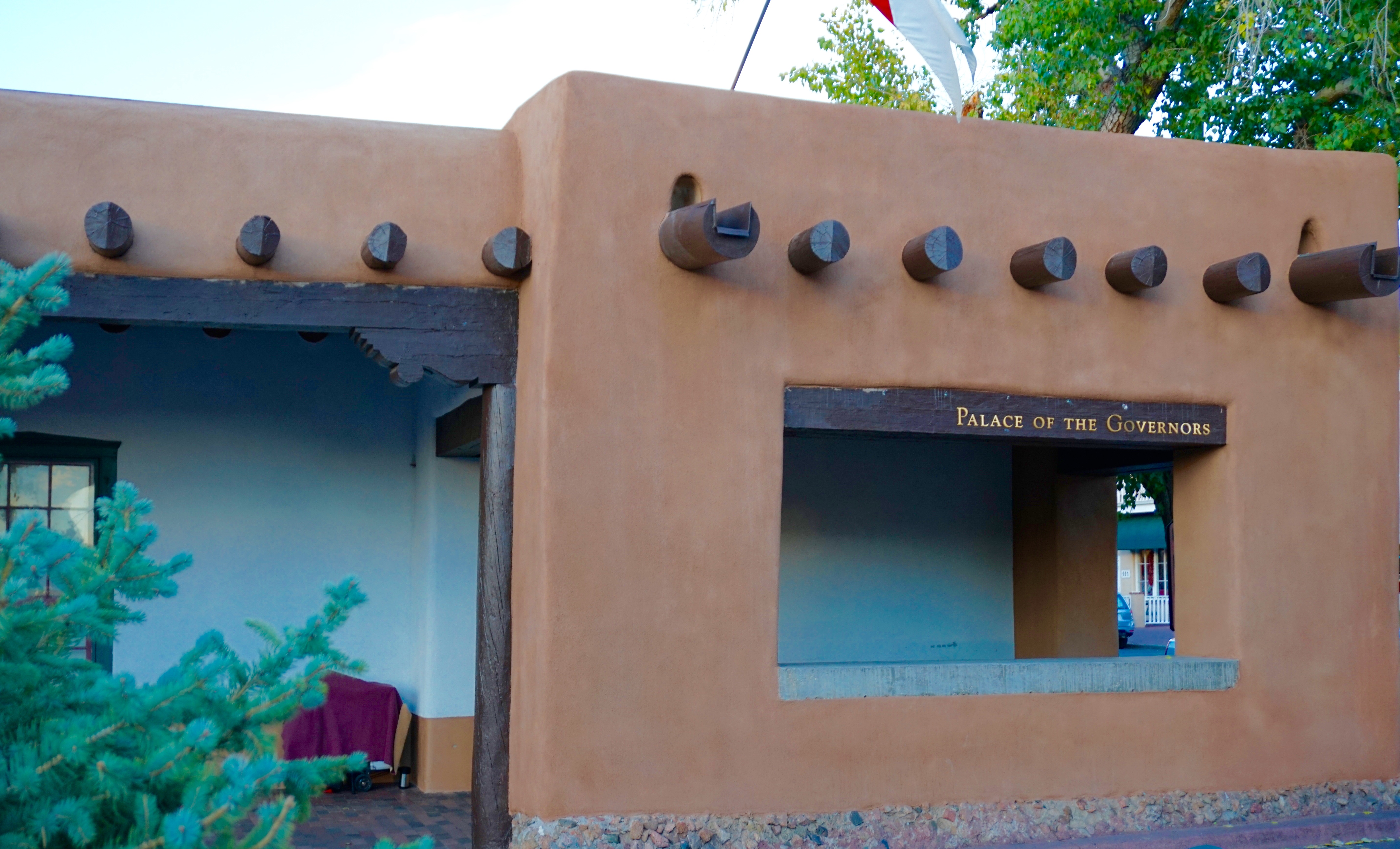 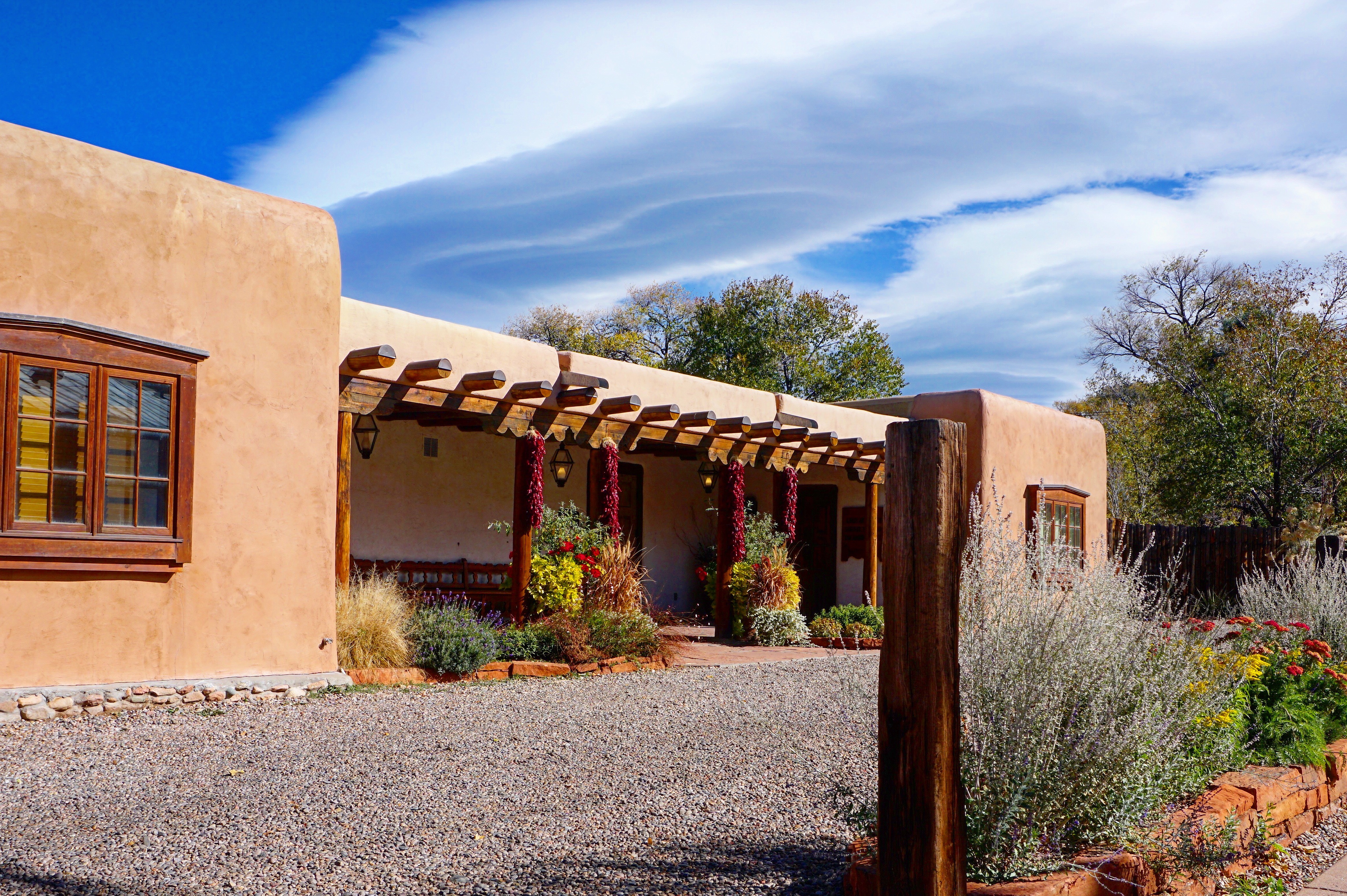 JetBlue operates a daily flight at 8 pm EST from JFK International Airport to Albuquerque International Sunport (I’m still not certain as to why it’s called a sunport and not an airport!). Since I arrived in New Mexico on the later side, I decided to spend the night at the Courtyard Albuquerque Airport, which was extremely clean, convenient, and affordable. 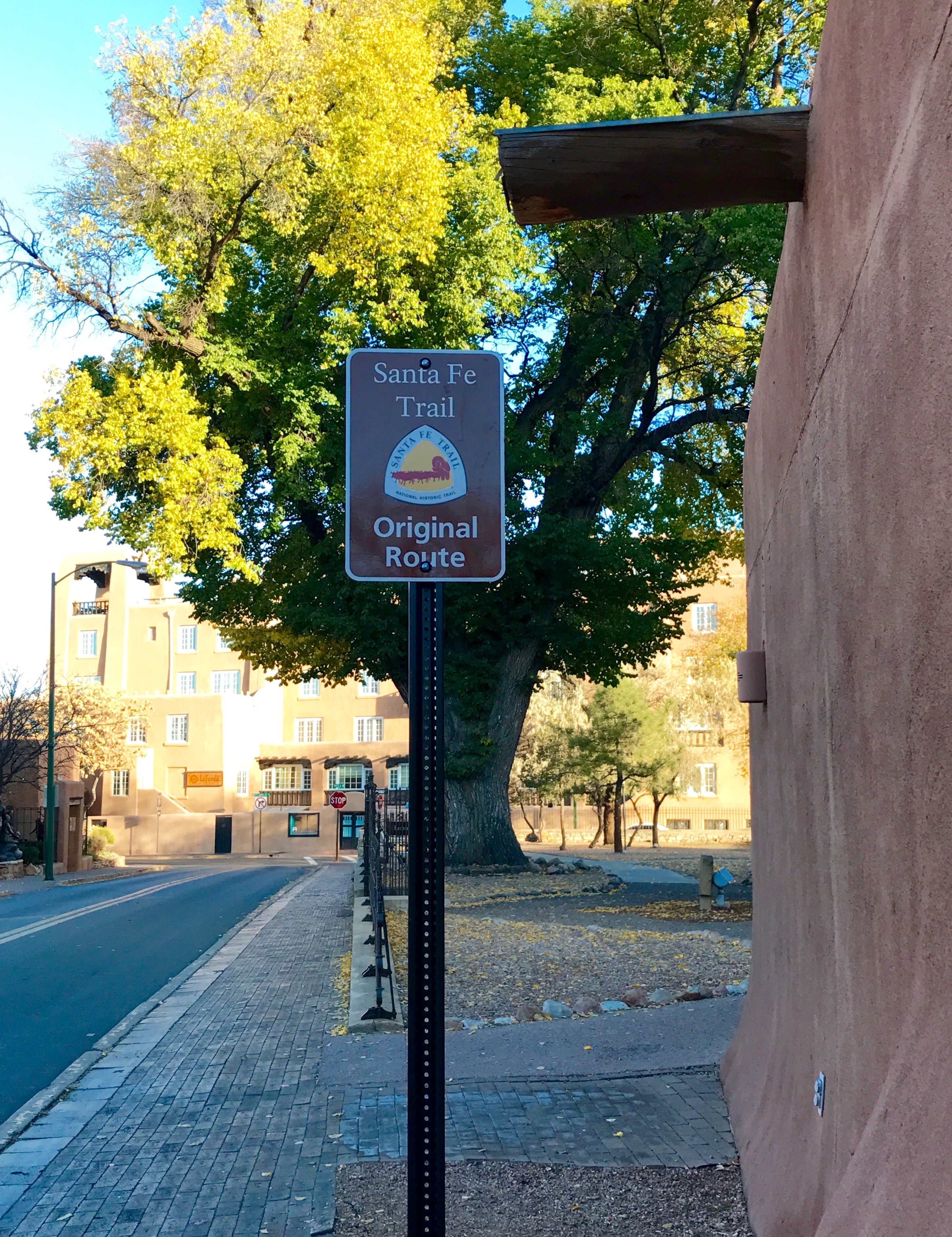 Eager to get up to Santa Fe, I was up early Saturday morning to pick-up my rental car from Hertz. I always like to do something active first thing in the morning, so my first stop was Bandelier National Monument where I planned to do some hiking. The main section of Bandelier is about 45 minutes from downtown Santa Fe, so the drive up from Albuquerque took me about 1 hour and 45 minutes. At Bandelier, I hiked the Main Loop Trail and the Alcove House Trail (totaling roughly 2.2 miles altogether).

The Main Loop Trail features excavated ruins from the Pueblo Native Americans who lived in Frijoles Canyon hundreds and even thousands of years before. A complimentary guide explains the history and significance of each of the archaeological sites along the trail, providing an excellent opportunity for education along the hike. There are even a couple of ladders where you can climb up into cavate dwellings in the cliff face. 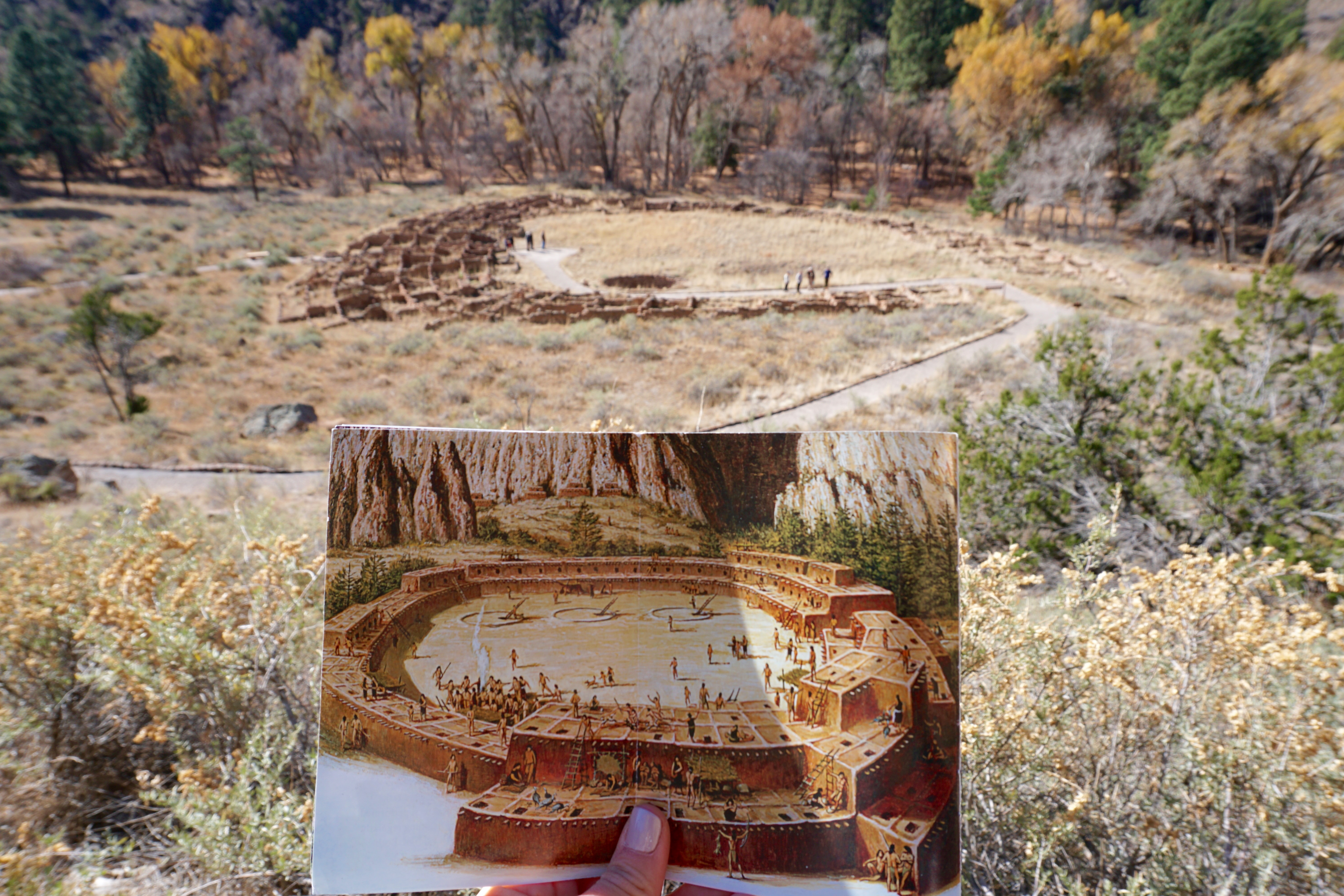 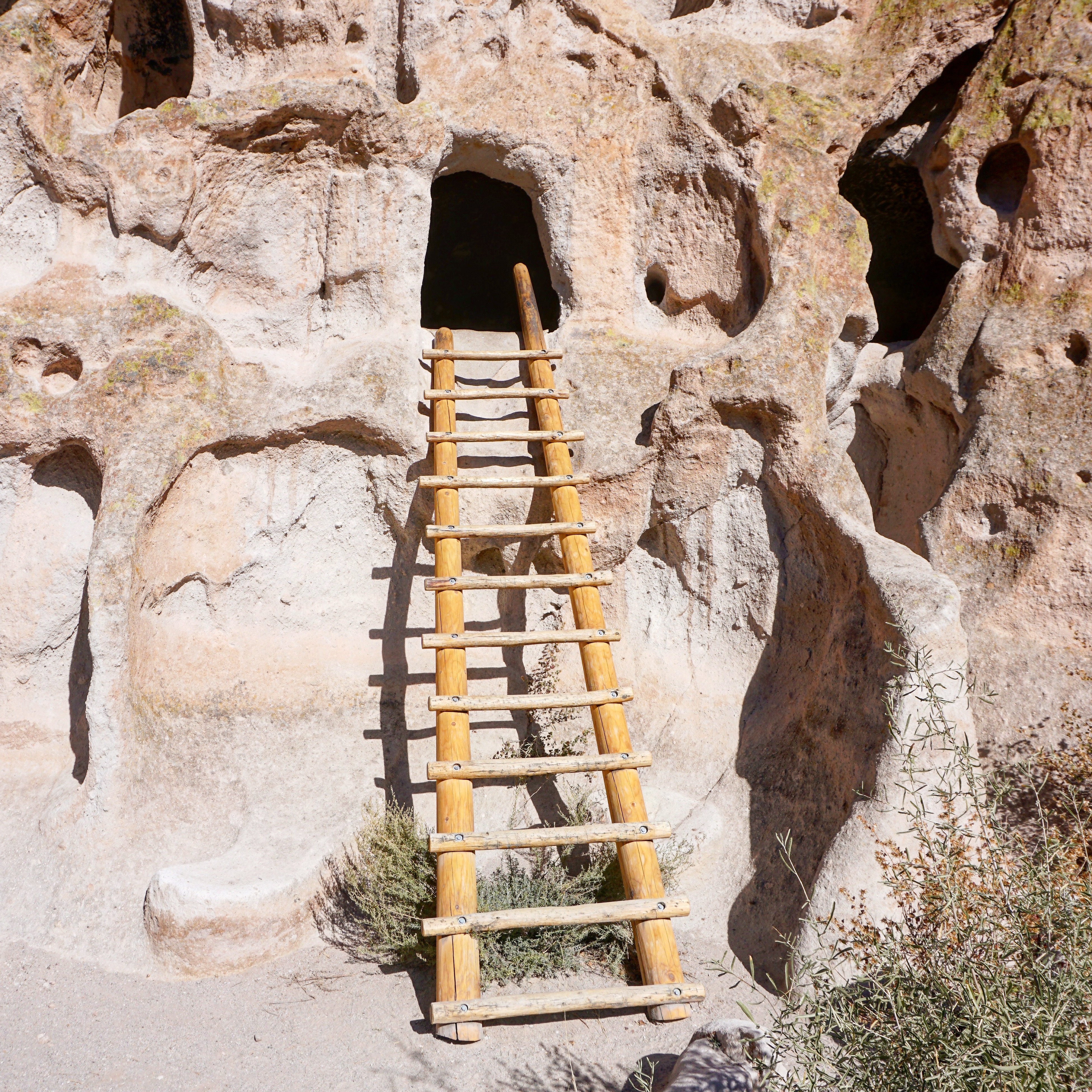 The Alcove Trail, an extension of the Main Loop Trail, includes a series of taller ladders which take you 140 feet up the cliff face to a large alcove. Formerly known as Ceremonial Cave, this alcove once housed a family of 25 Ancestral Pueblo people, and now features a reconstructed kiva (a religious building used by the Pueblo). 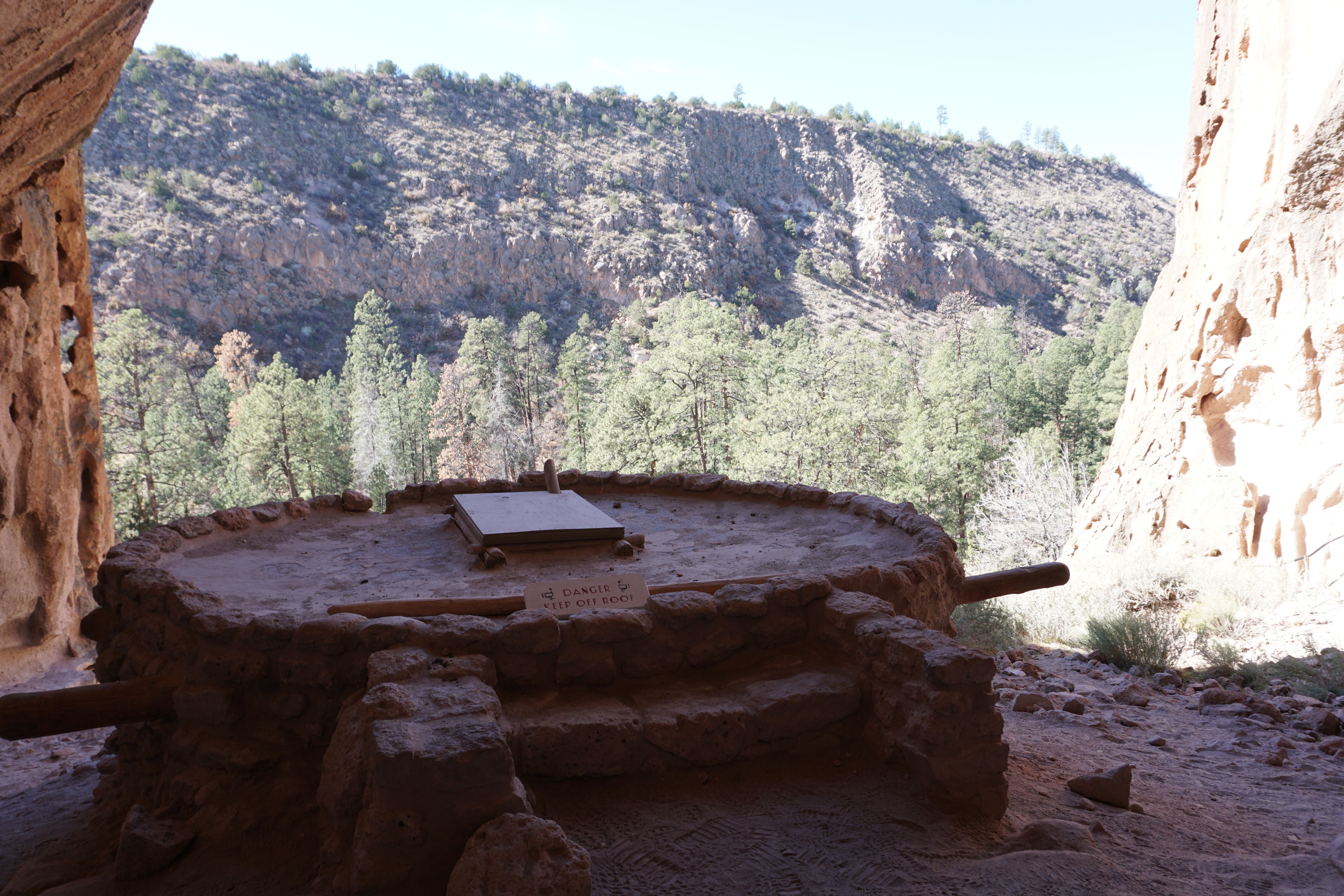 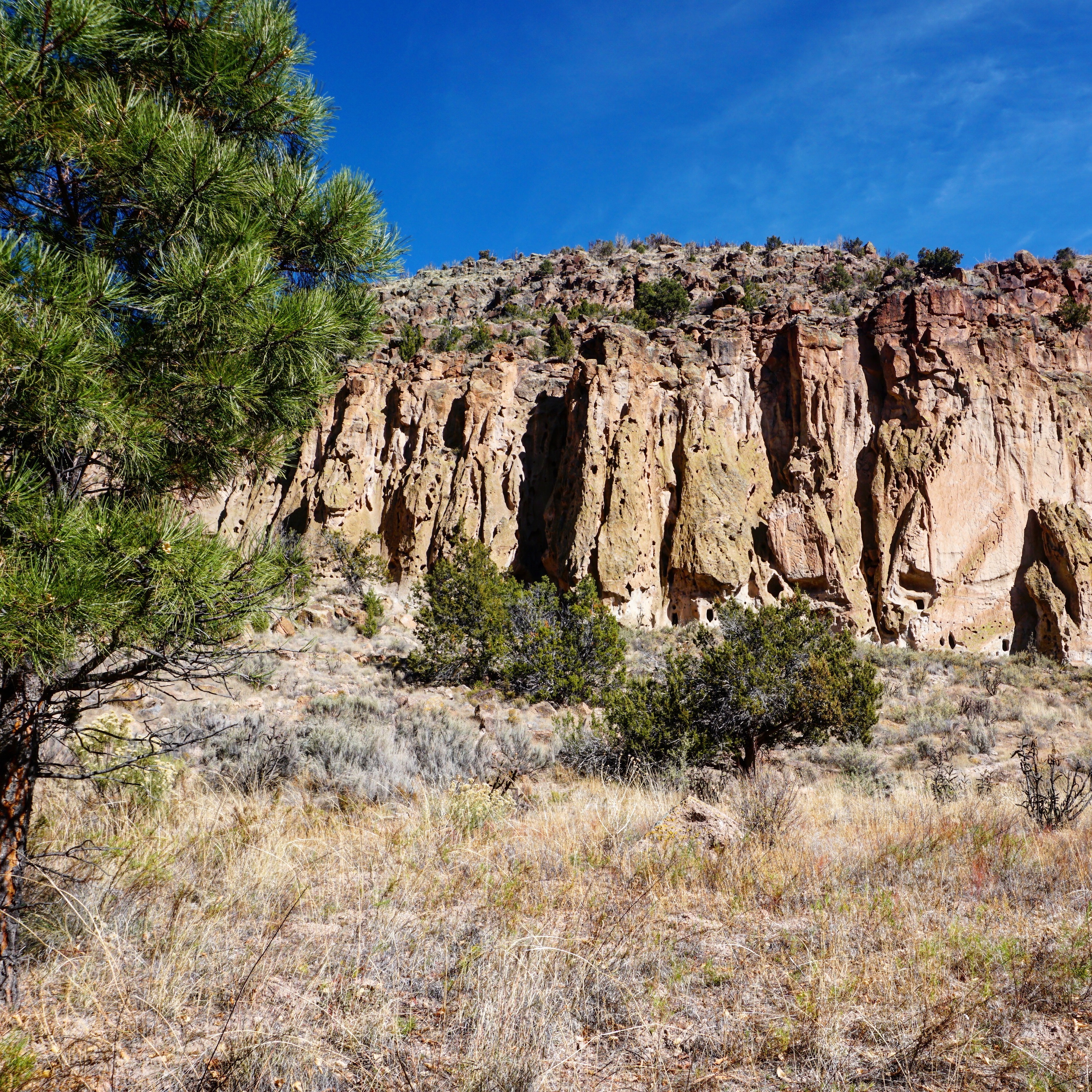 After hiking these two trails, I drove 12 miles towards Santa Fe and stopped at the Tsankawi section of Bandelier National Monument which includes a 1.5 mile loop trail along a mesa. Similar to the earlier hikes, this trail showcases petroglyphs, cavates and an ancestral Pueblo village. However, one of the most interesting things I found was that the Tsankawi village on this trail was left un-excavated, per the preference of the Pueblo descendants (versus the excavated sites on the Main Loop Trail). If the guided pamphlet hadn’t pointed out the locations, I likely would not have realized I was standing at such a historic site. It was really eye-opening to see the contrast between an excavated archaeological site and one that was left undisturbed. 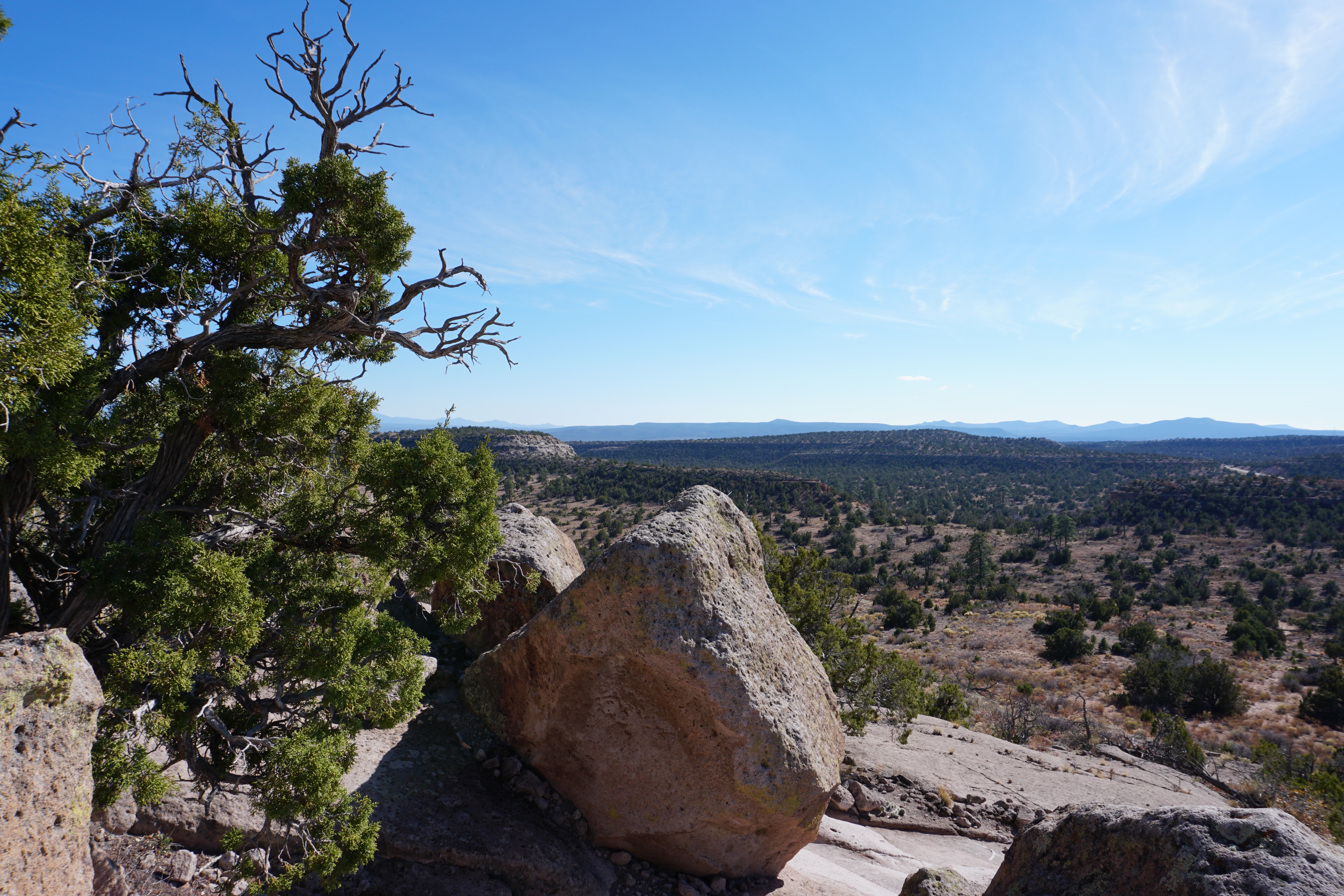 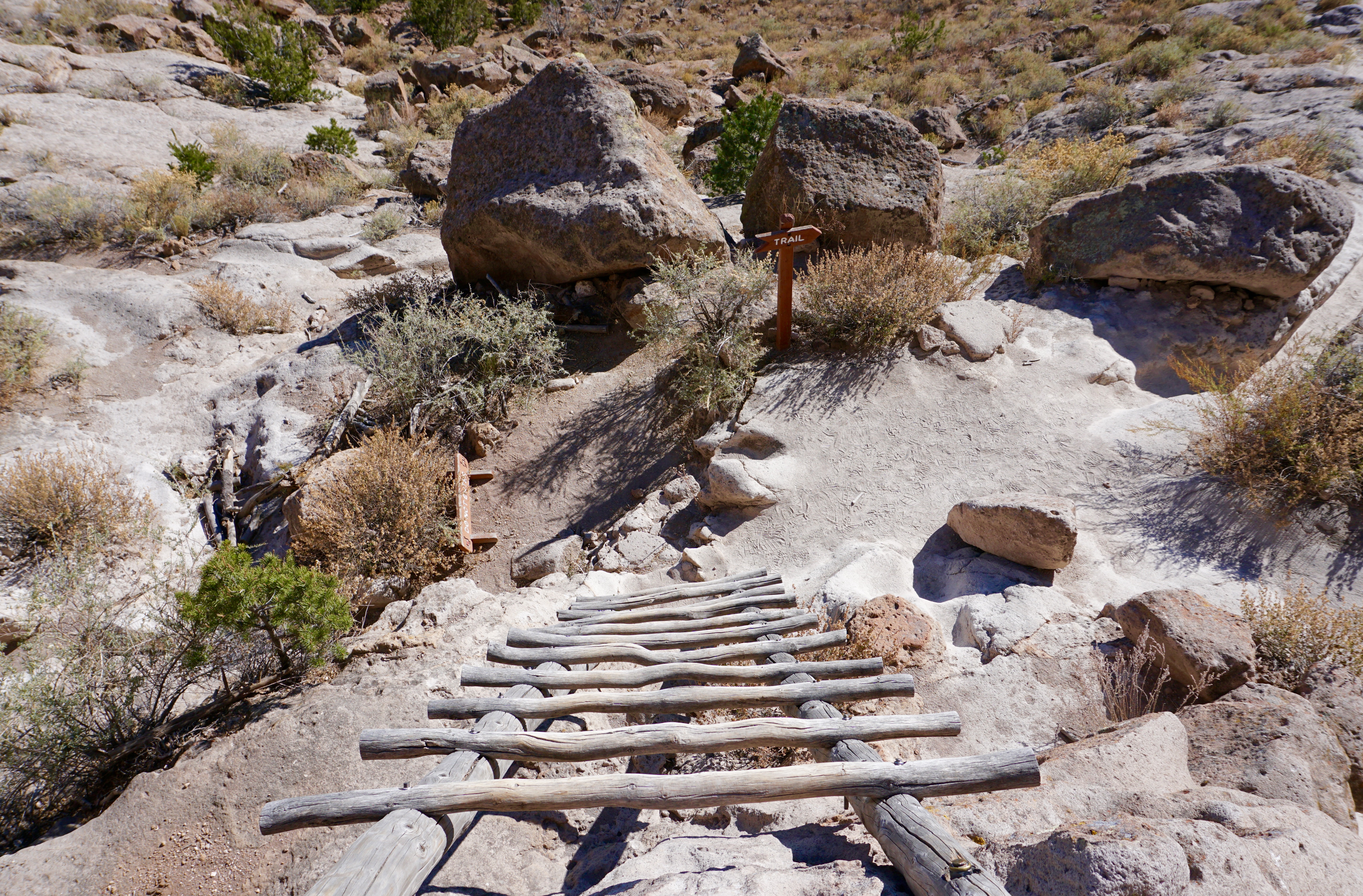 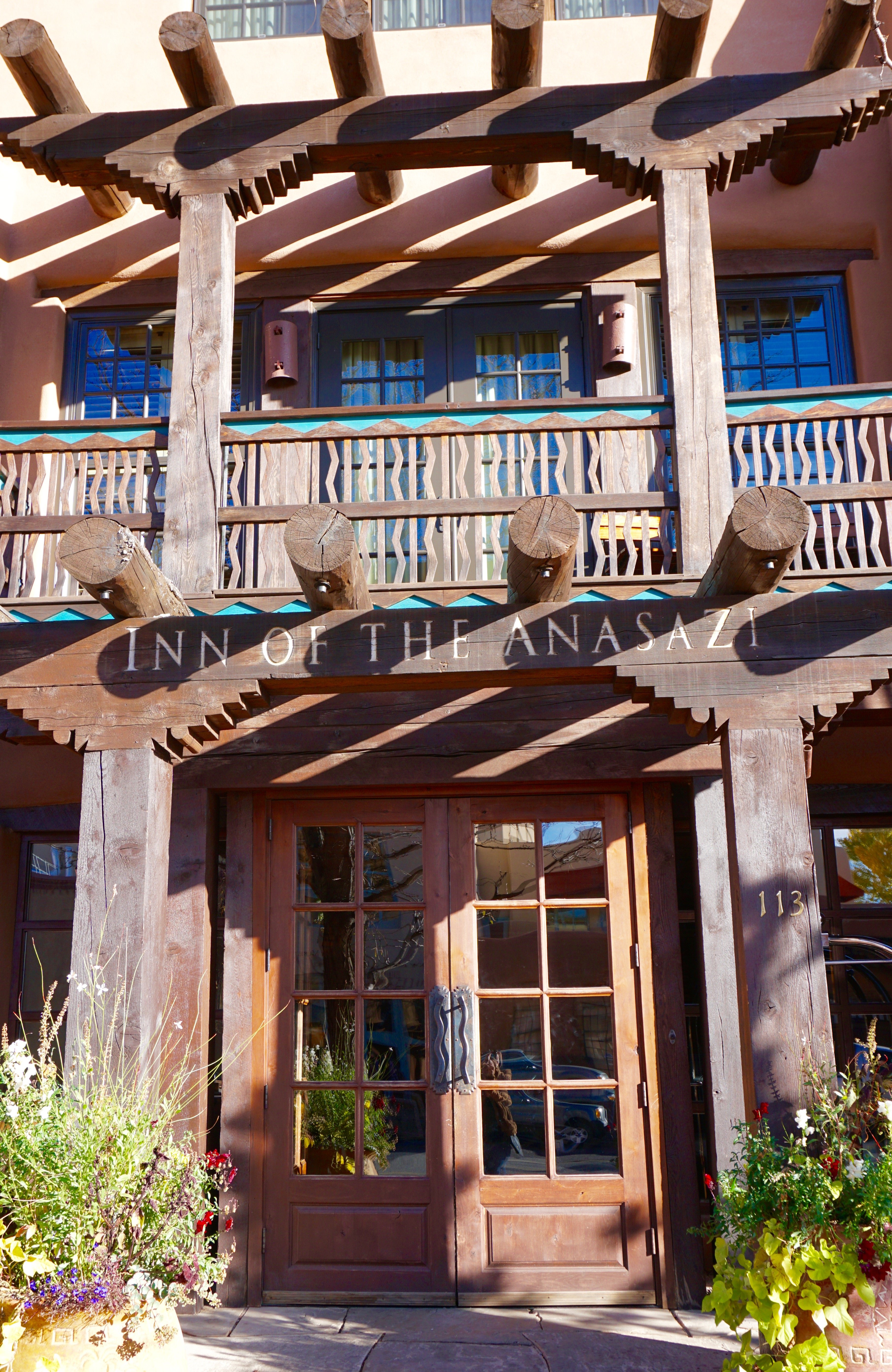 After a full morning of hiking, I was definitely ready for a shower and some nourishment! So, once I had settled my things in the hotel, I set off to explore the central plaza, stopping for a bite of tortilla soup and a margarita at Thunderbird Bar & Grill. It was such a beautiful, sunny afternoon and I was fortunate enough to grab a seat on the restaurant’s second floor patio overlooking the town center. 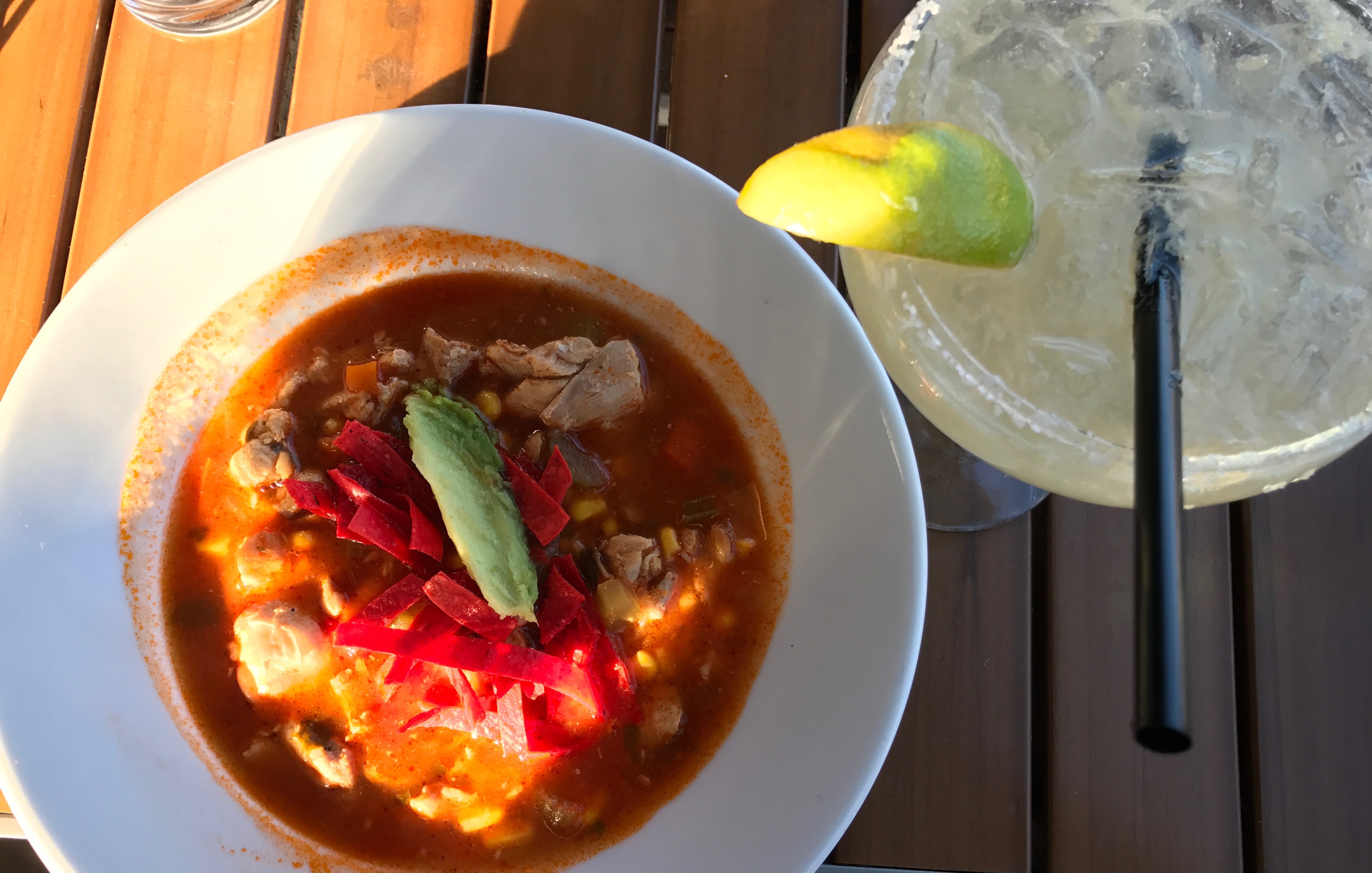 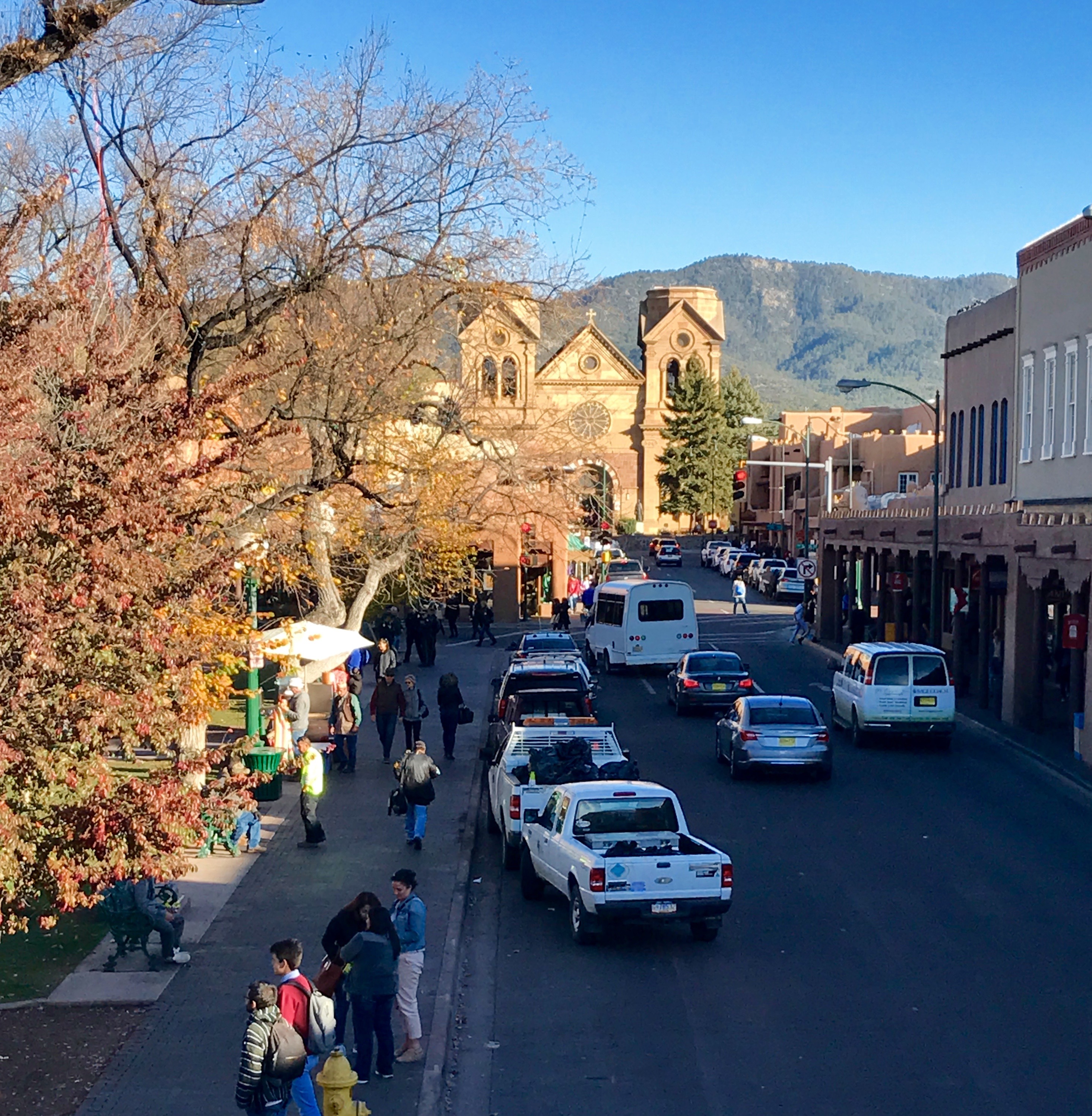 Following my late lunch, I walked around town for an hour or so, sightseeing and window shopping. I also visited the Cathedral Basilica of St. Francis Assisi (an 1800s-era cathedral) and the historic Loretto Chapel. 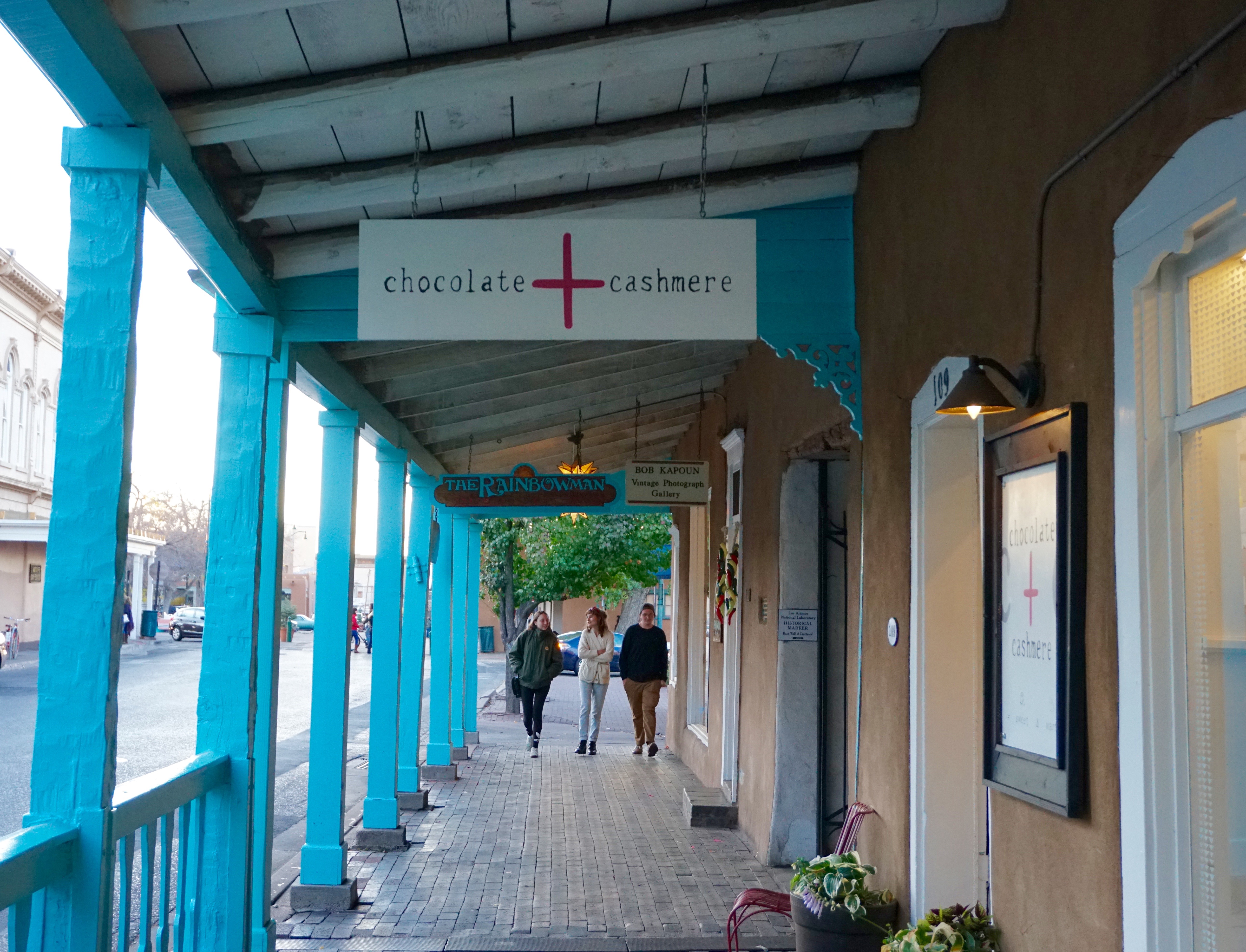 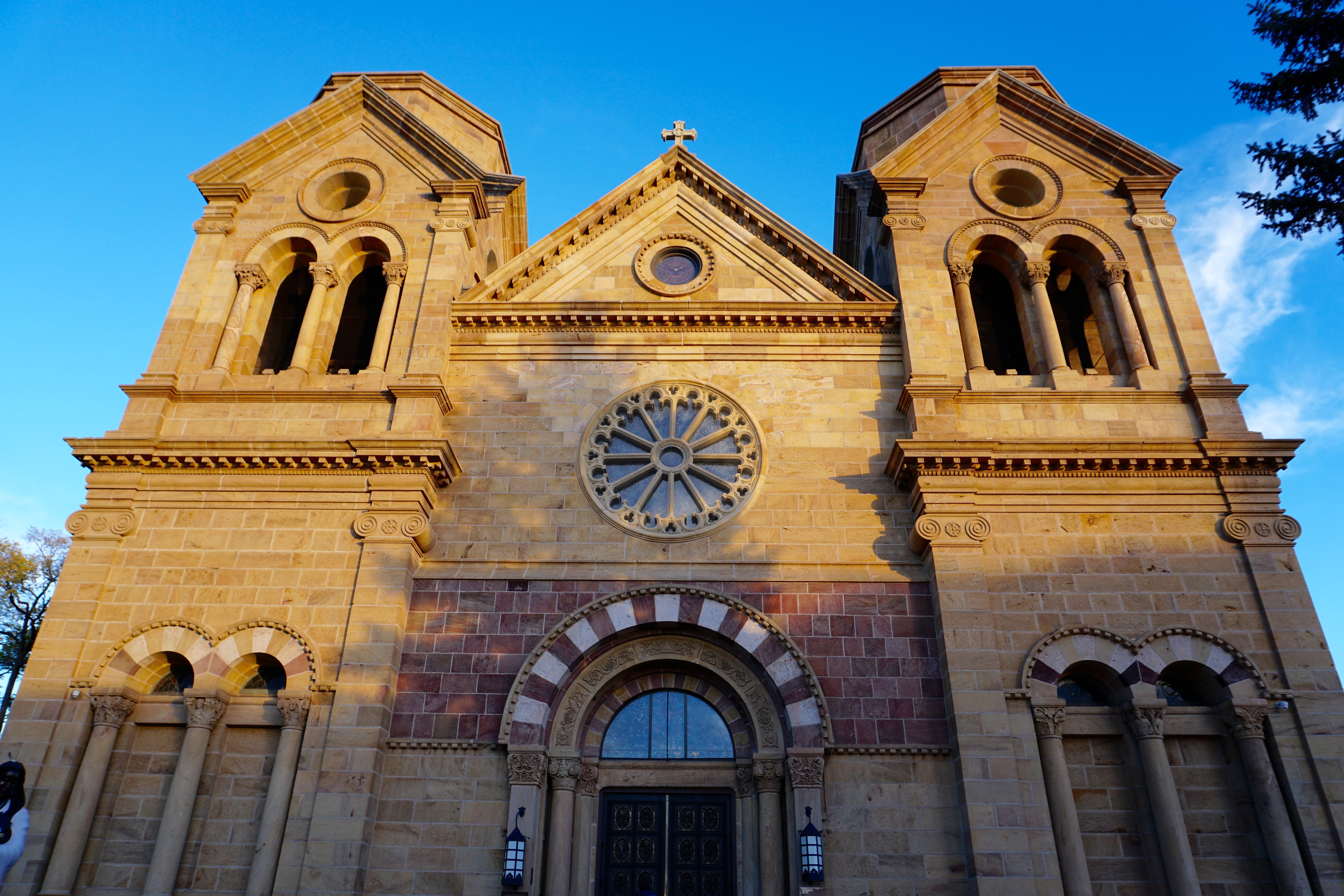 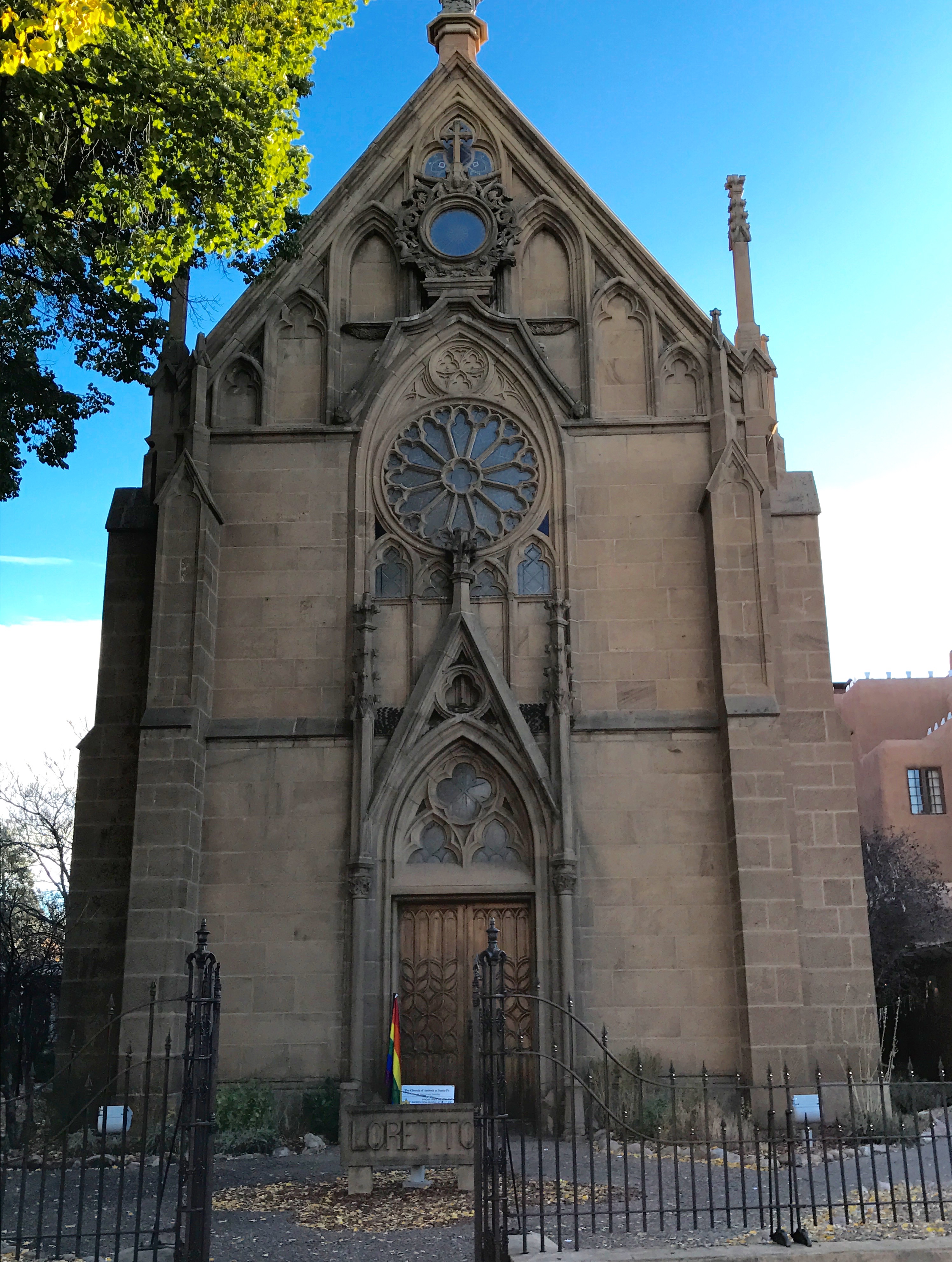 On Saturday evening, I decided to dine in my hotel at the Anasazi Restaurant. There were so many delectable-looking food options around town, but given that I was traveling solo, I chose to stick close to home. The decor in the dining room is consistent with the rest of the hotel – elegant comfort with a nod to the Southwest. And the food was absolutely delicious! I treated myself to a special margarita, and a 3-course meal topped off with sopapillas, a traditional New Mexican dessert. 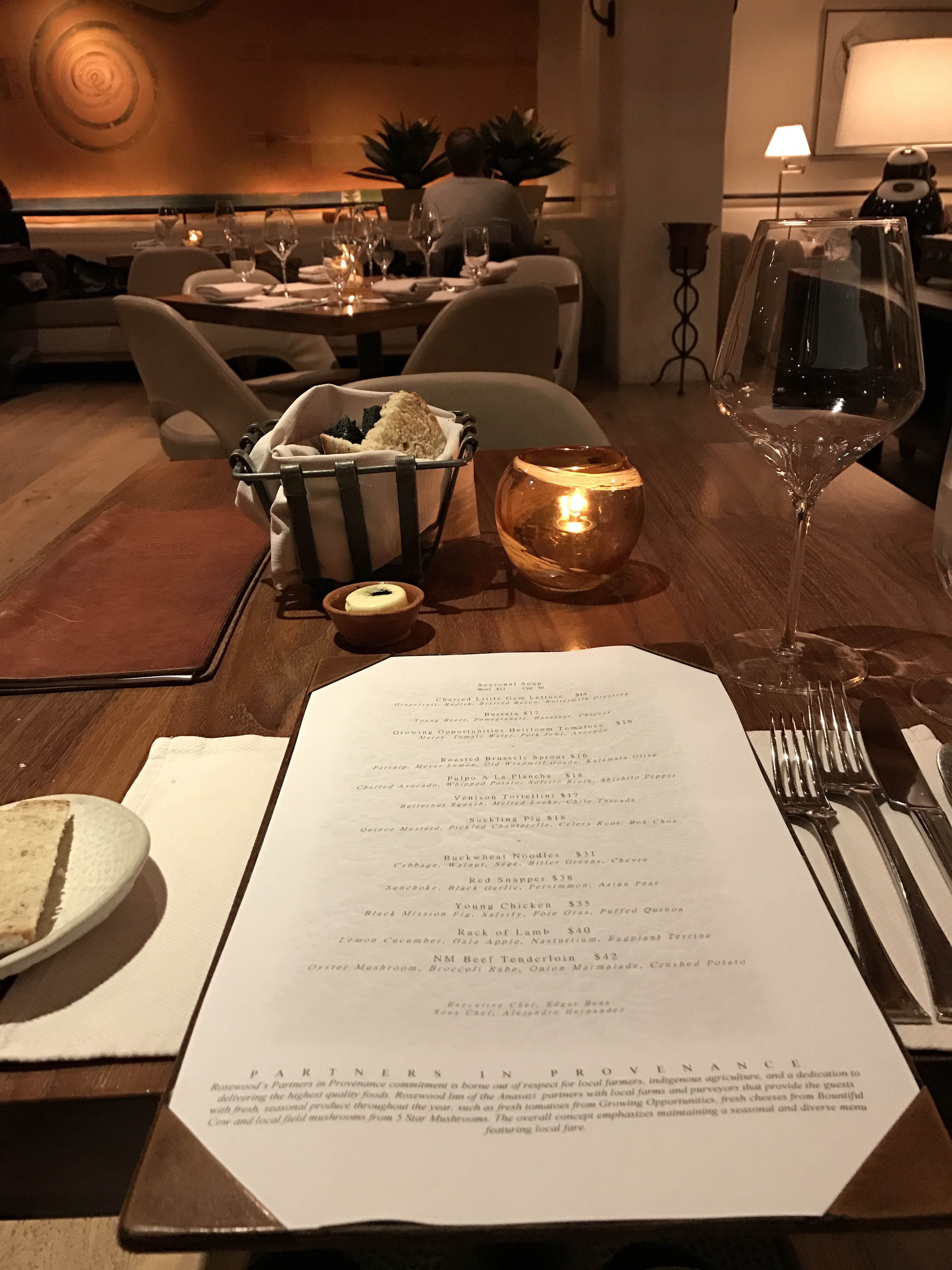 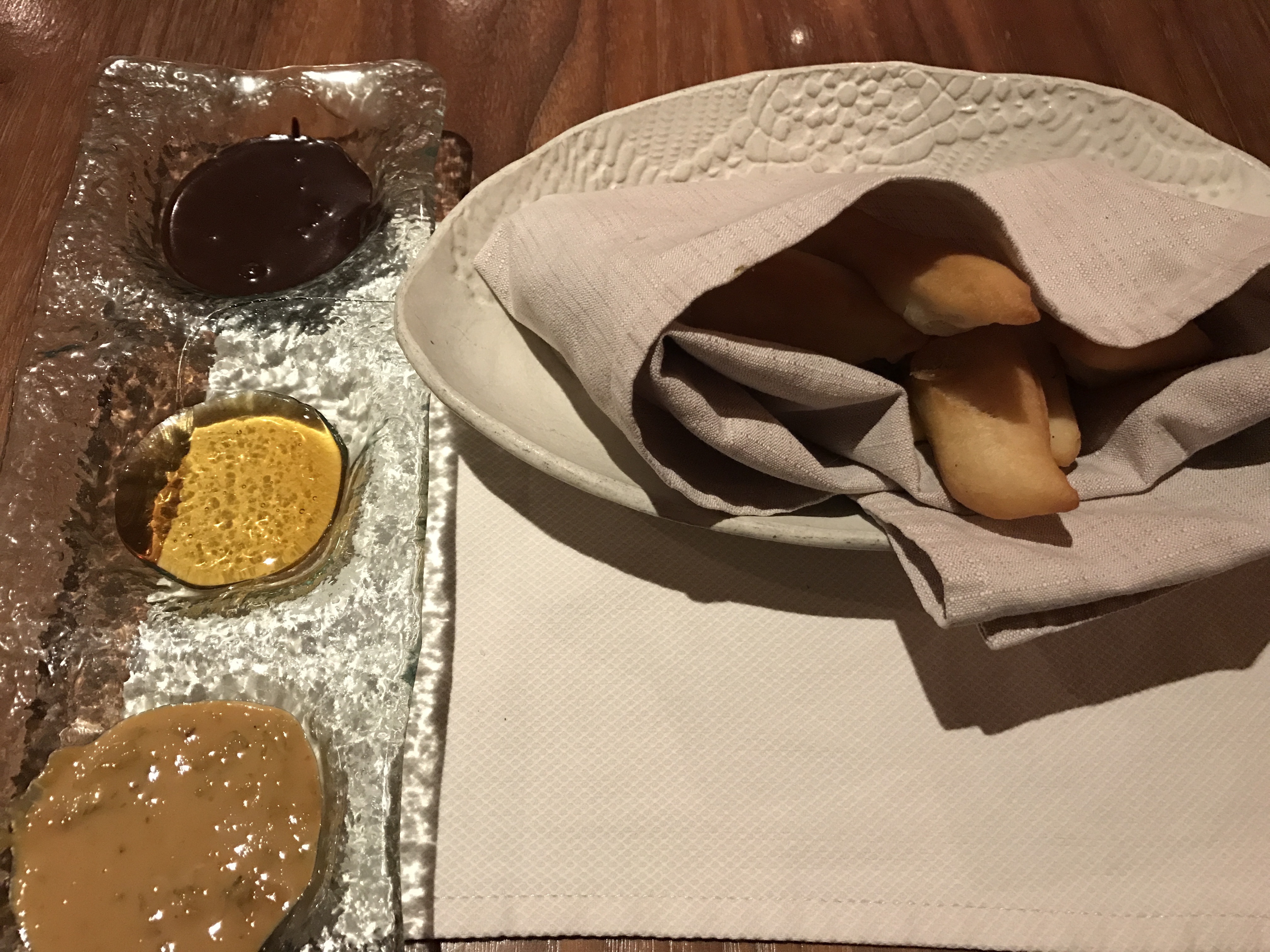 And after dinner, I took full advantage of my luxurious hotel room – drinking tea and munching on cookies by the gas fireplace, soaking in the large tub with the lavender bath salts, and watching TV on top of a mountain of pillows in my King size bed. This was a “treat yourself” kind of night!

I awoke to another beautiful sunny and crisp fall day in Santa Fe, so I headed out for a run first thing. I planned out a trail to pass by a couple of the sites I intended to visit later that morning, and also happened upon a beautiful running trail along the Santa Fe River Park. 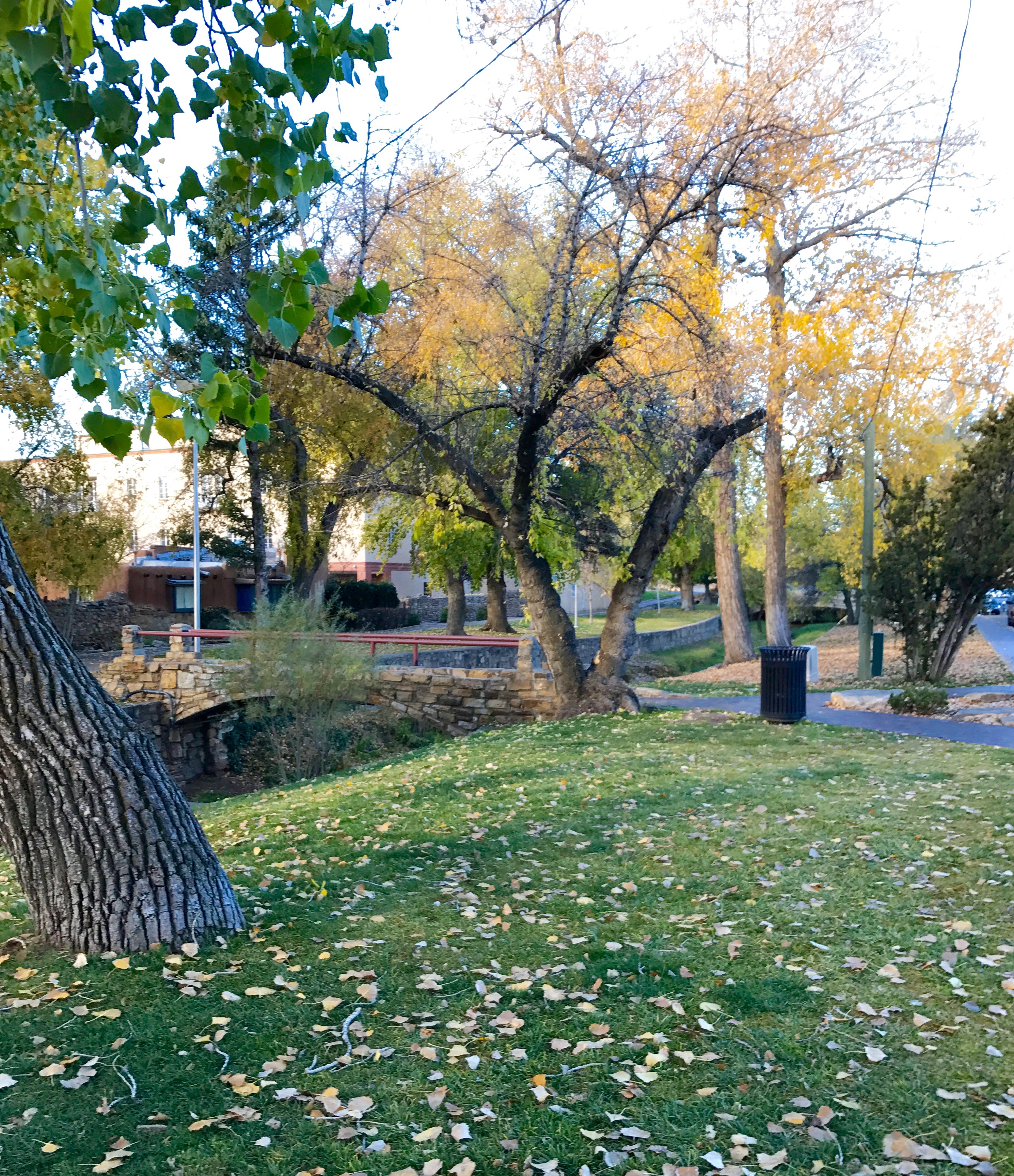 For breakfast, I ordered huevos rancheros (another must have in New Mexico!) for room service which I ate curled up by the fireplace in my hotel room.

Around 10 am, I set off to visit the remaining items on my Santa Fe to do list. My first stop was the local artisans selling jewelry along the Palace of the Governors, where I picked up a beautiful handmade turquoise bracelet. 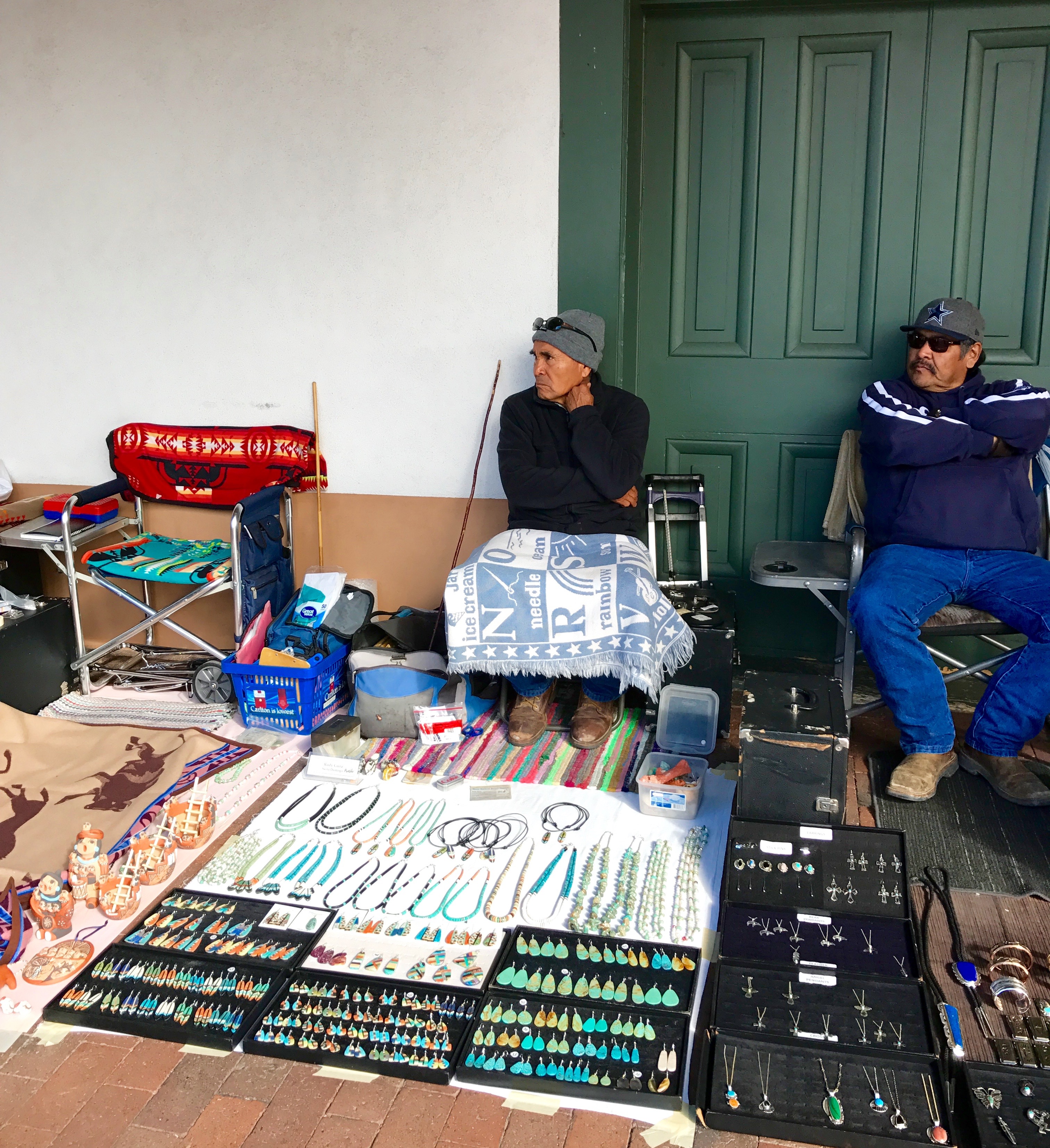 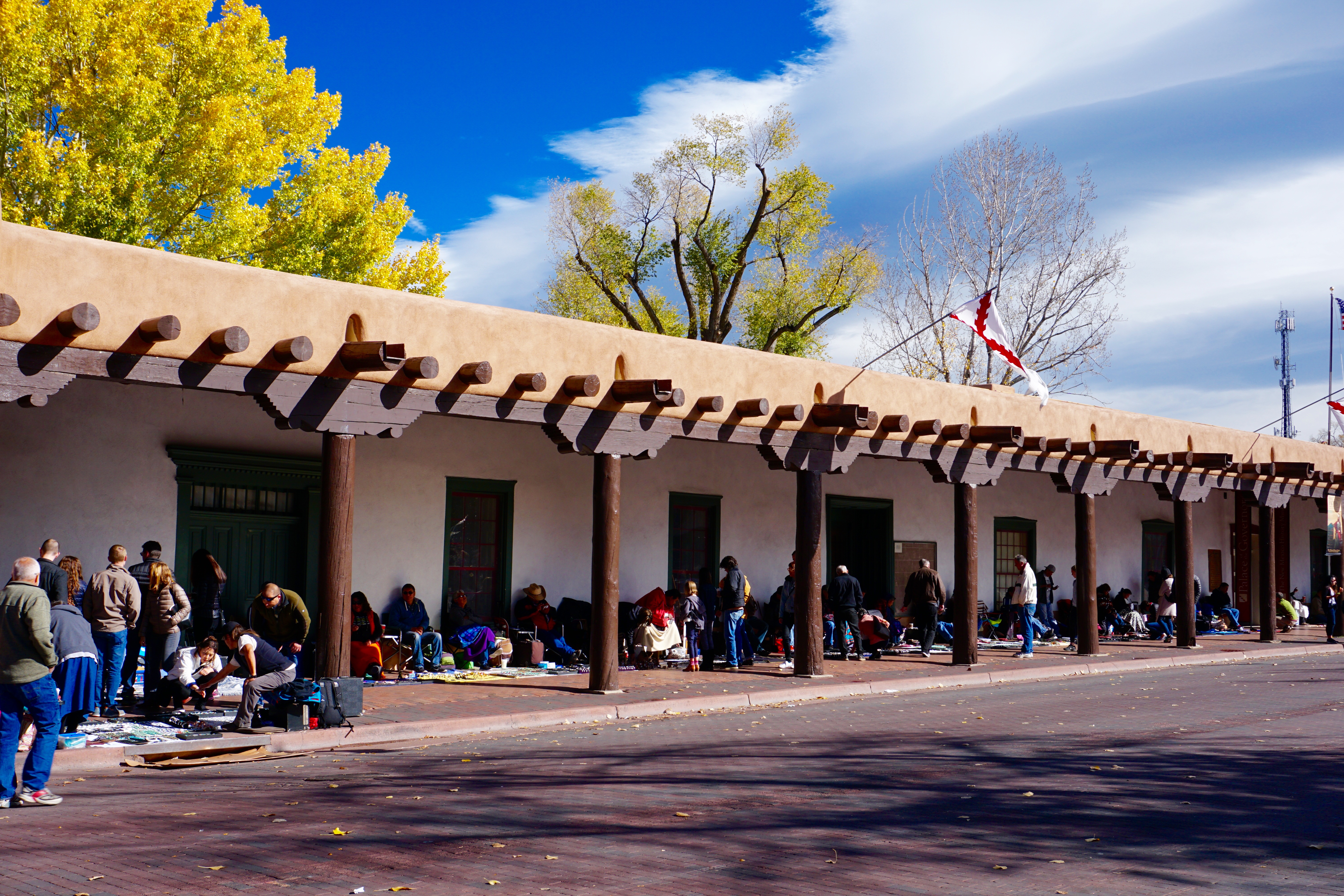 Next, I visited the Georgia O’Keefe Museum. Originally from Wisconsin and having lived her early years in NYC, Georgia O’Keefe began visiting New Mexico in the 1920s and made the state her permanent home in 1949. As a result, she drew a lot of inspiration from New Mexican culture, flora and landscape. 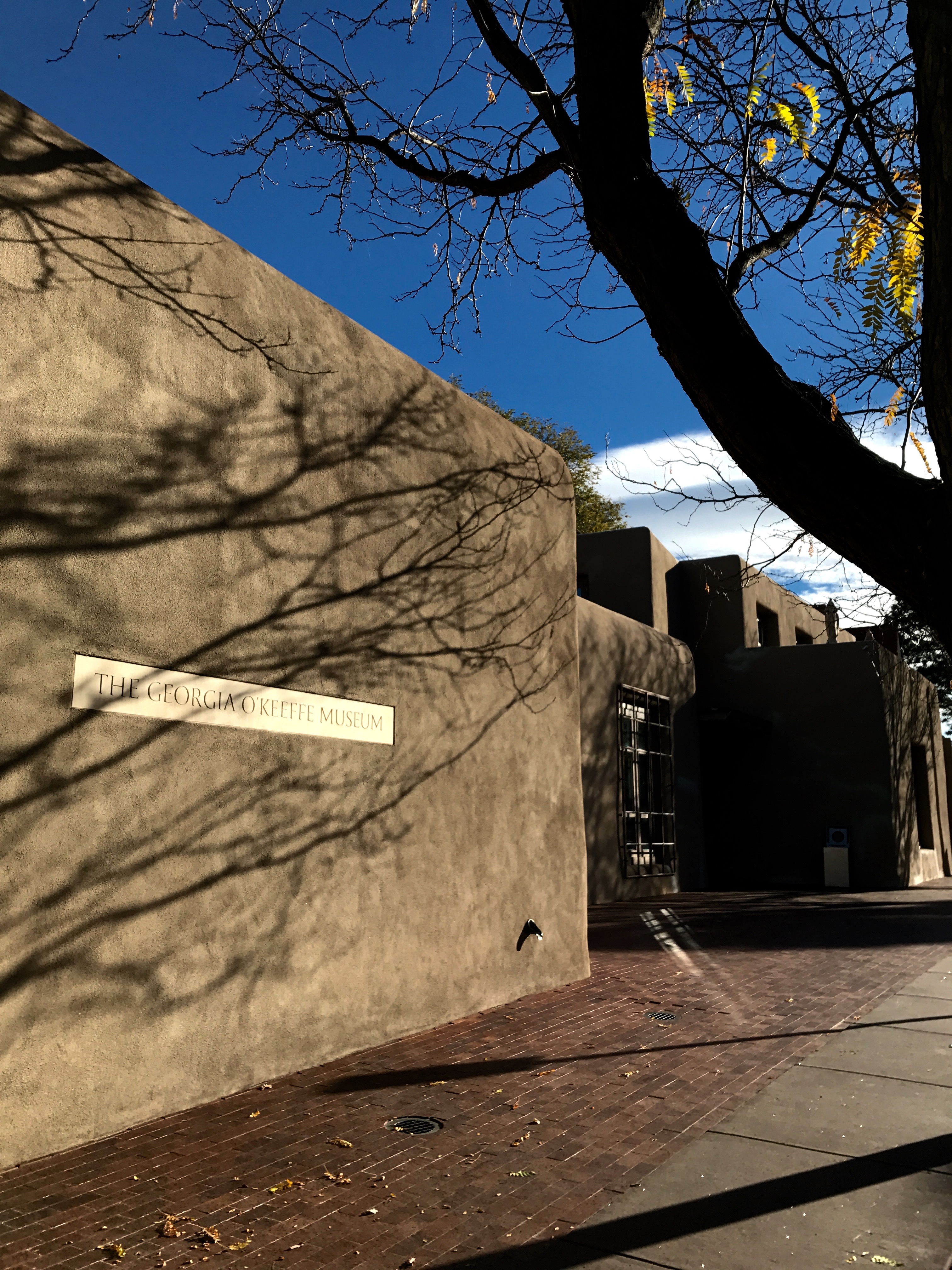 Finally, I walked over to Canyon Road which is home to the majority of Santa Fe’s renowned galleries. While I wasn’t really in the market to purchase any art, it was still enjoyable to walk through the galleries and admire the work by local artists. 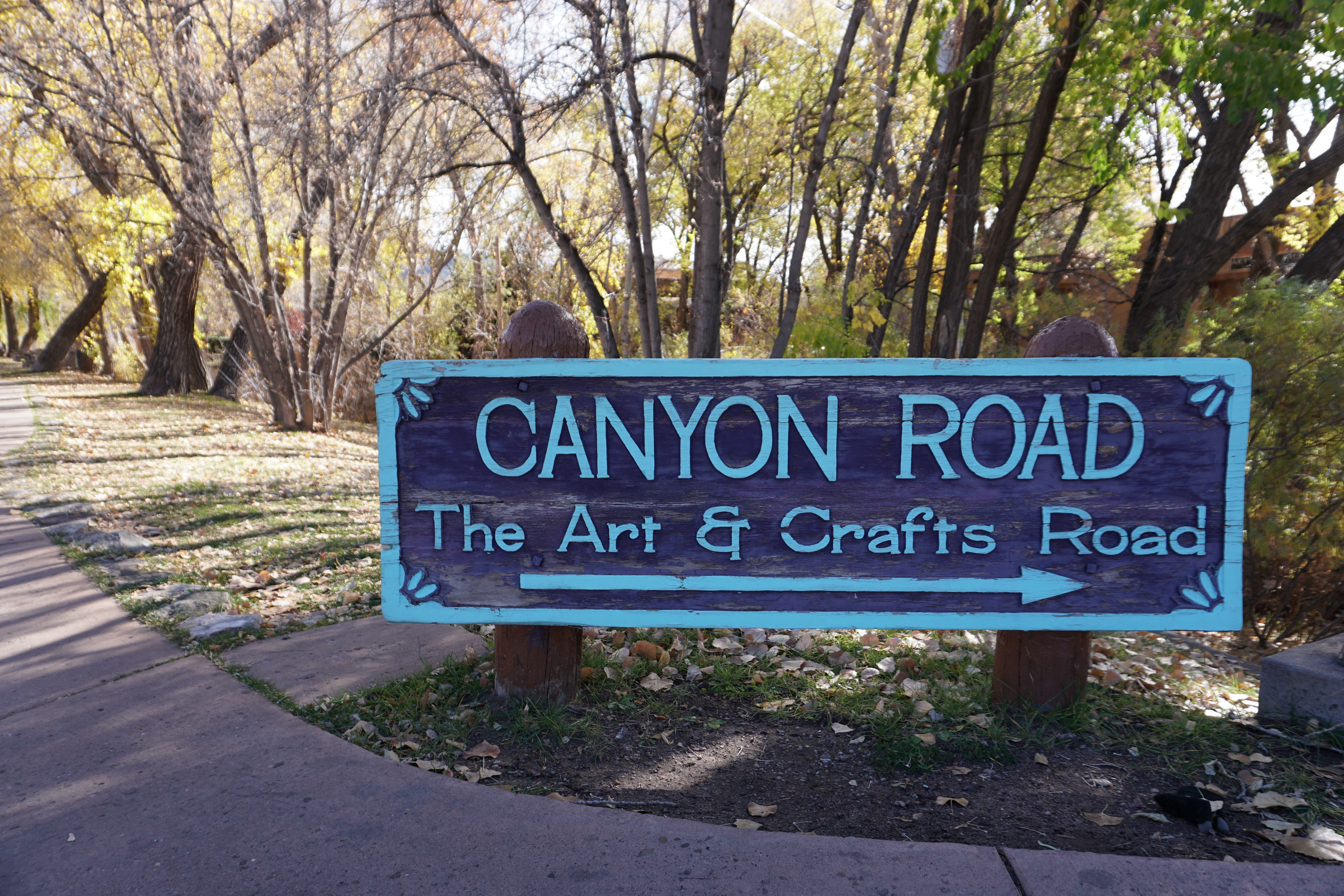 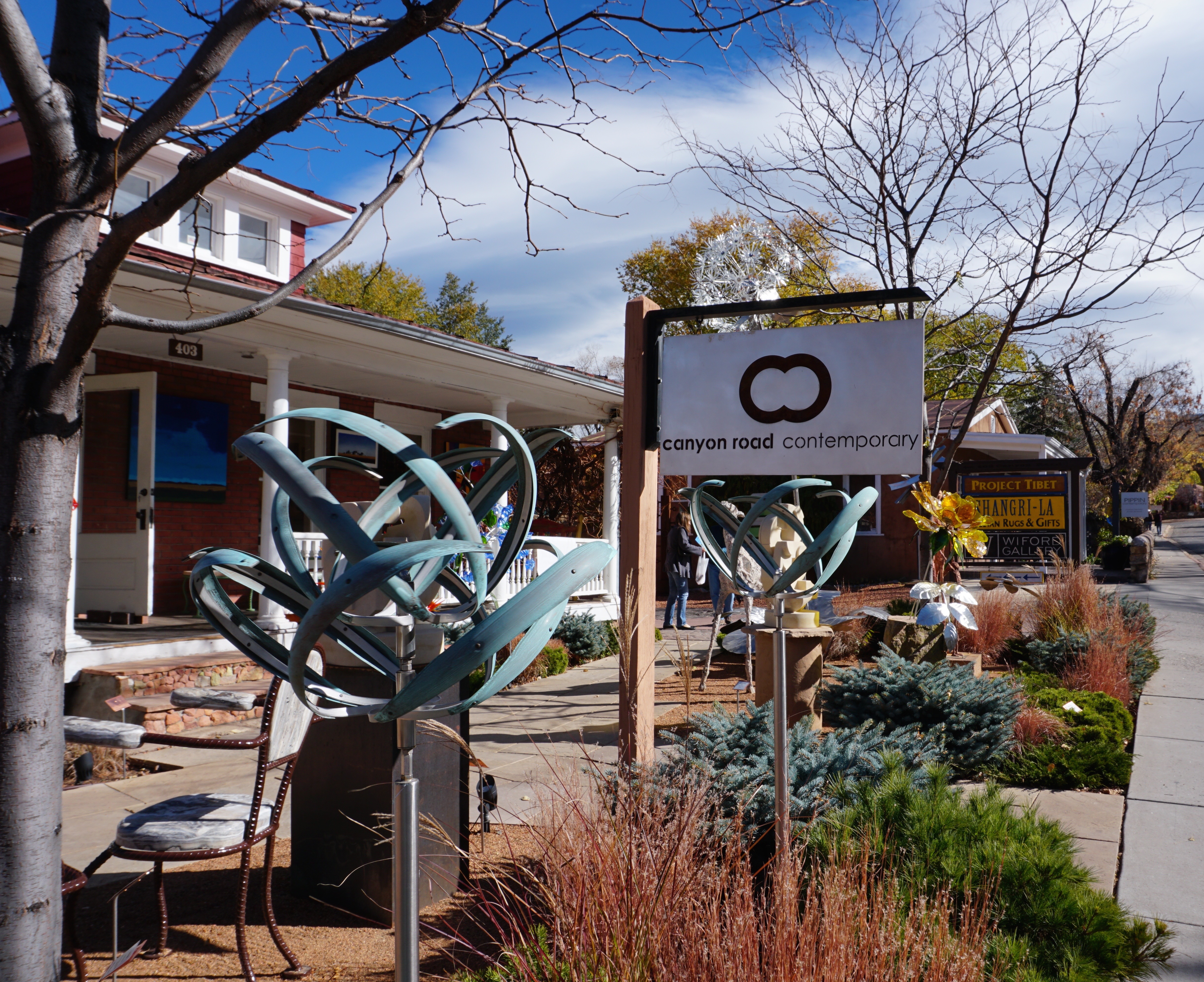 For my final hour in Santa Fe, I stopped at The Teahouse at the end of Canyon Road. Having had a late breakfast, I wasn’t too hungry, but since I was headed to the airport shortly, I wanted to stop for a snack. The tea menu was multiple pages long, but I went for a traditional Santa Fe Fog, which was an apricot black tea latte, and a homemade blackberry scone, which I must say was literally the best scone I’ve ever had in my life! 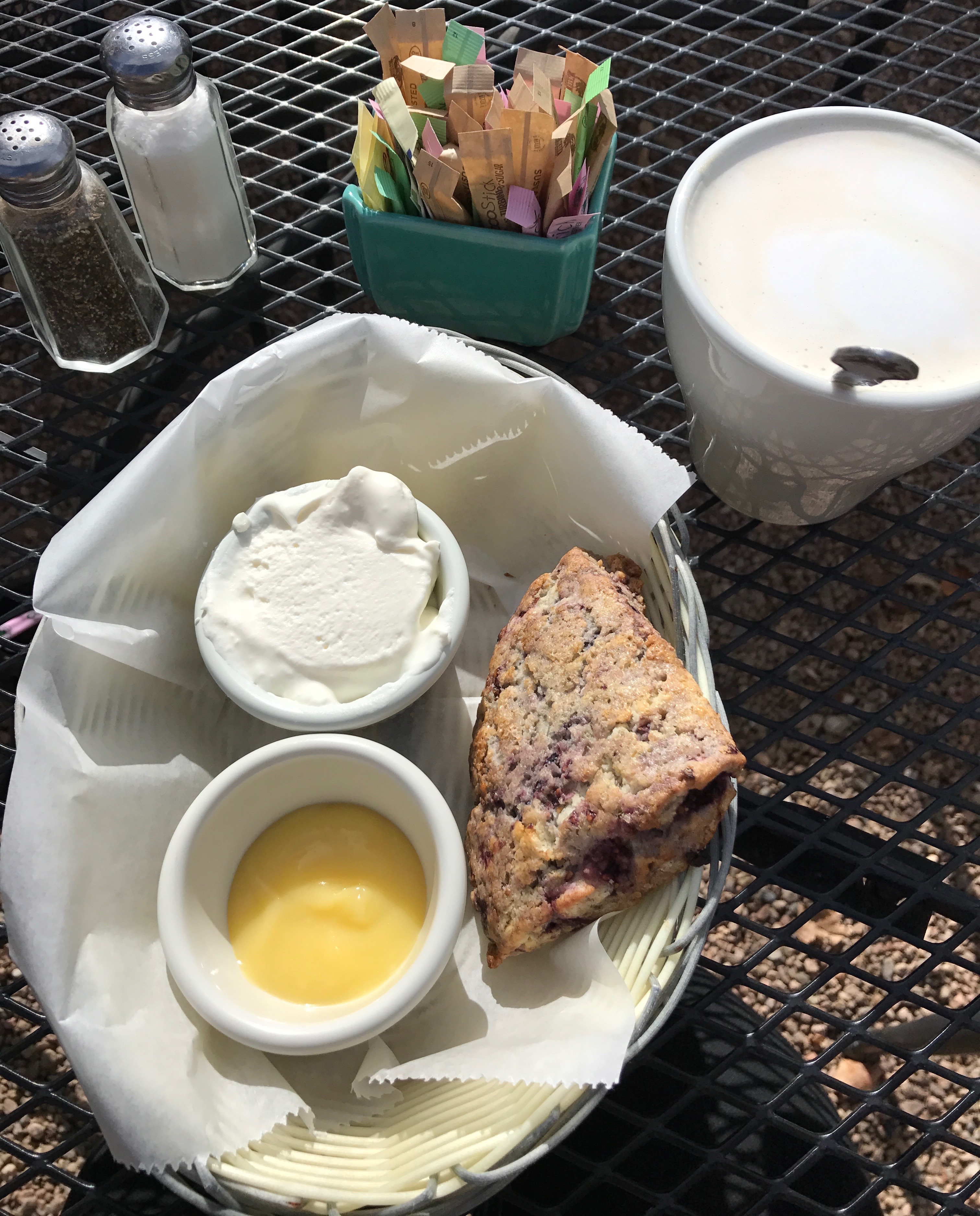 After checking out of my hotel, I bid farewell to Santa Fe and drove back to the Albuquerque Sunport for the next leg of my trip.

I absolutely loved every minute of my time in Santa Fe. The town has so much to offer both within the city limits as well as the environs. And everyone that I met was so friendly and accommodating, this was a really easy place to travel solo. I only wish I had had more time to explore, but I cannot wait to return! 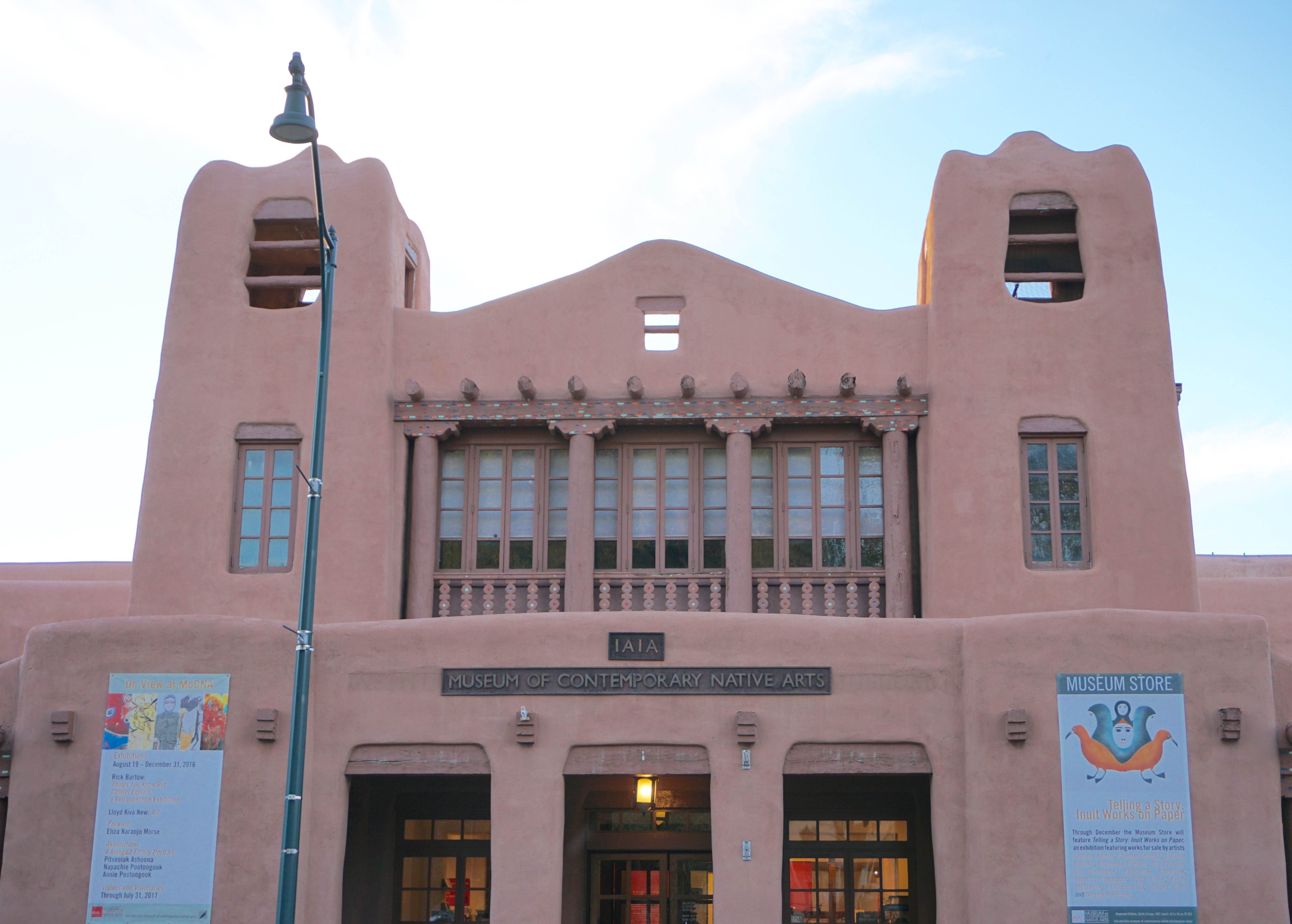 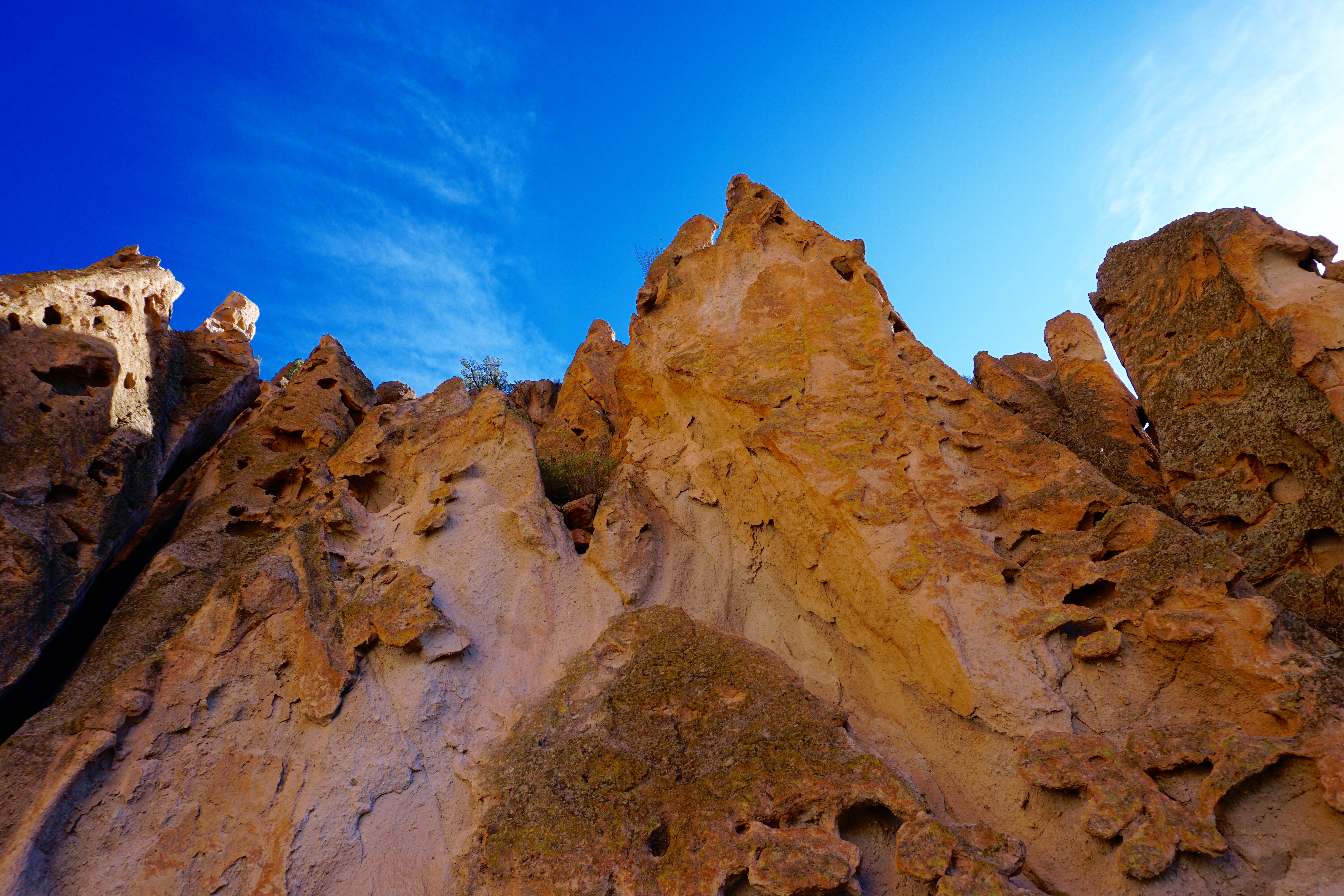