ON SAFARI IN TANZANIA

I had always dreamt of traveling on an African safari, of watching animals that I had only ever seen in a zoo exhibit, in their true and natural habitat. A few years ago, I was fortunate enough to do just that on a Tanzanian adventure with Thomson Safaris. And it was every bit as magical as I had imagined! 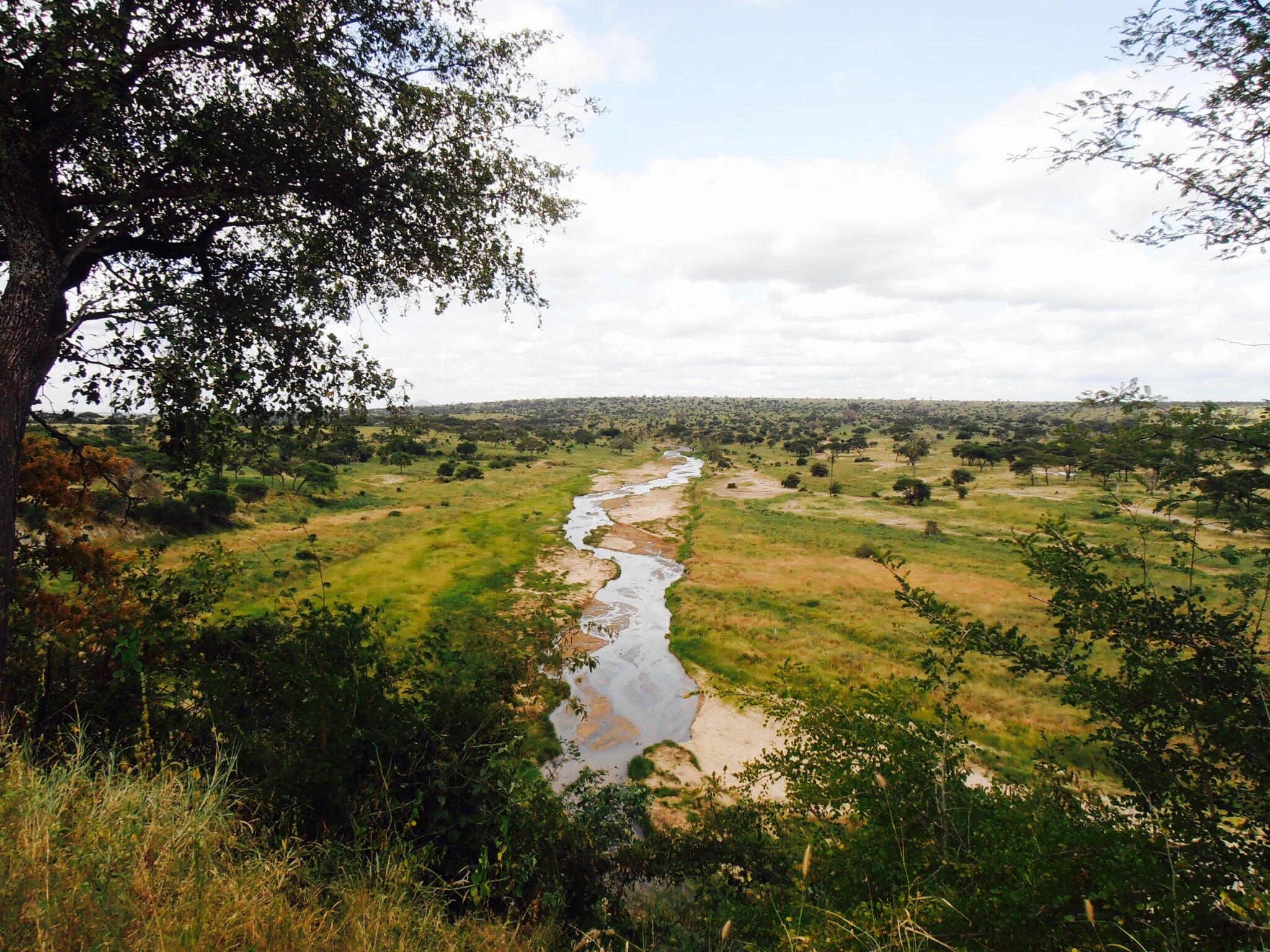 Planning a trip to Africa can be a bit overwhelming – there are so many different countries to visit, and within each country, dozens of safari operators. I had heard about Thomson Safaris from a friend of a friend who had recently come back from a trip with them and was raving about the experience. After some research, I was sold as well.

Thomson is a smaller, family-run company that has been operating safaris throughout Tanzania for over 35 years. Rather than expand their operations throughout the continent (as many companies do), they have chosen to specialize in Tanzania, and as a result, they have built a world-class team of top quality guides and staff who know the country inside and out.

My family and I chose Thomson’s Ultimate Safari, which runs 15 days (including travel time). 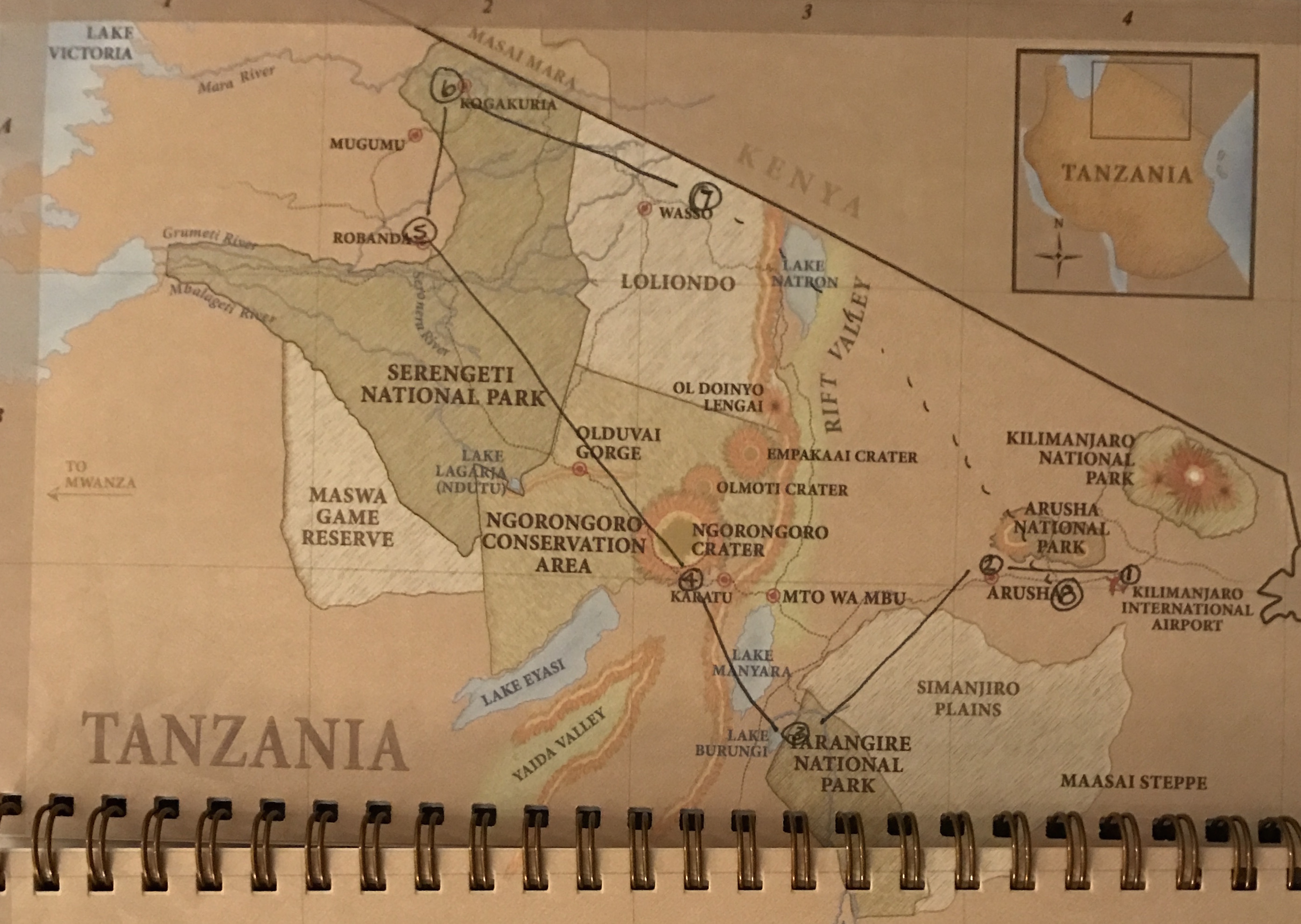 After arriving at Kilimanjaro International Airport, we were picked up by our guides and driven to the Rivertrees Country Inn in nearby Arusha for our first night in Africa. The next morning, after an introduction from our guides and a meet & greet with our group (Thomson runs small group tours of about 10 people with 2 guides, although private tours are also available), we set off on safari!

After Arusha, we made 5 different stops on our safari – spending two nights at each camp in the following three areas: 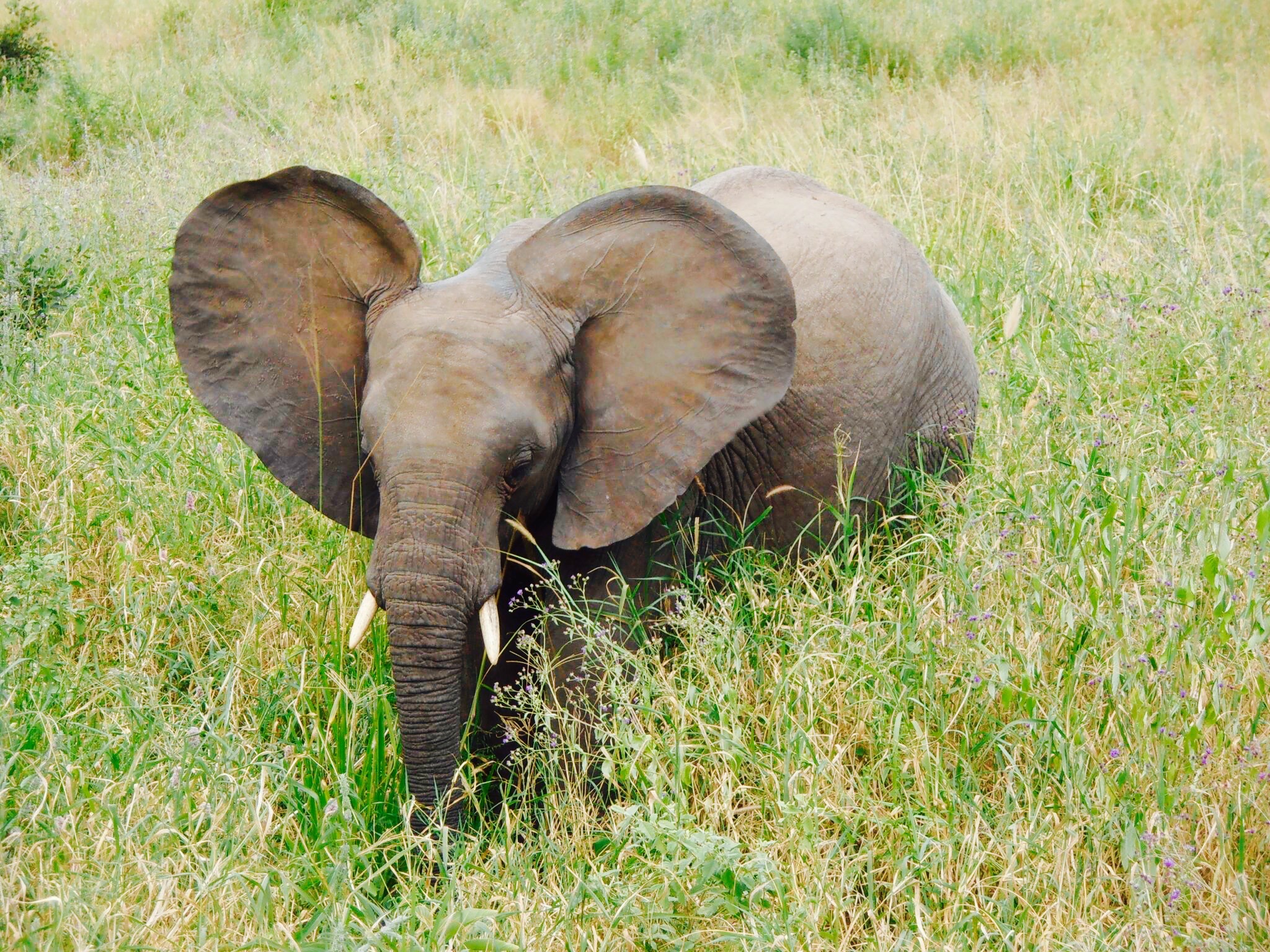 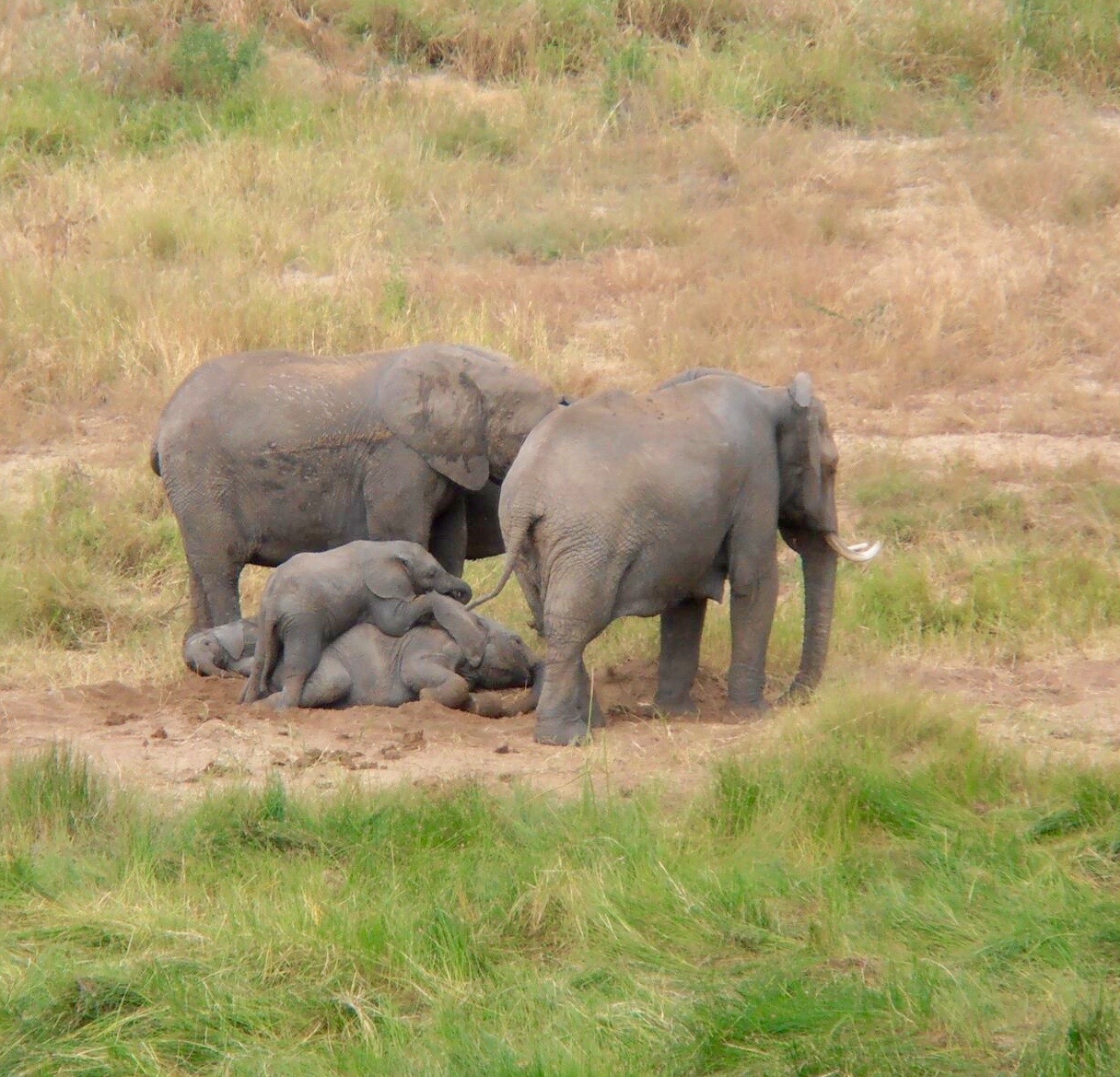 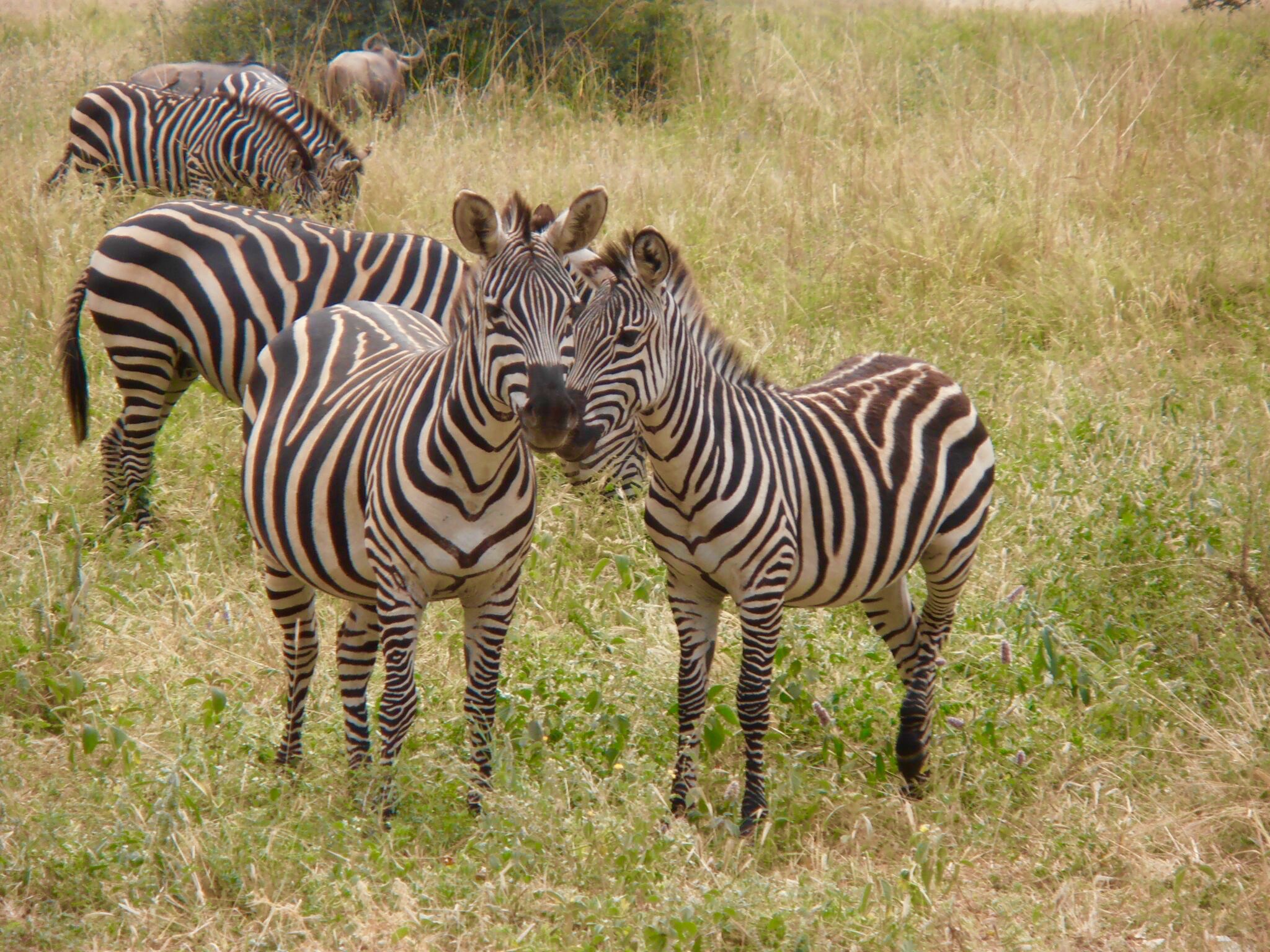 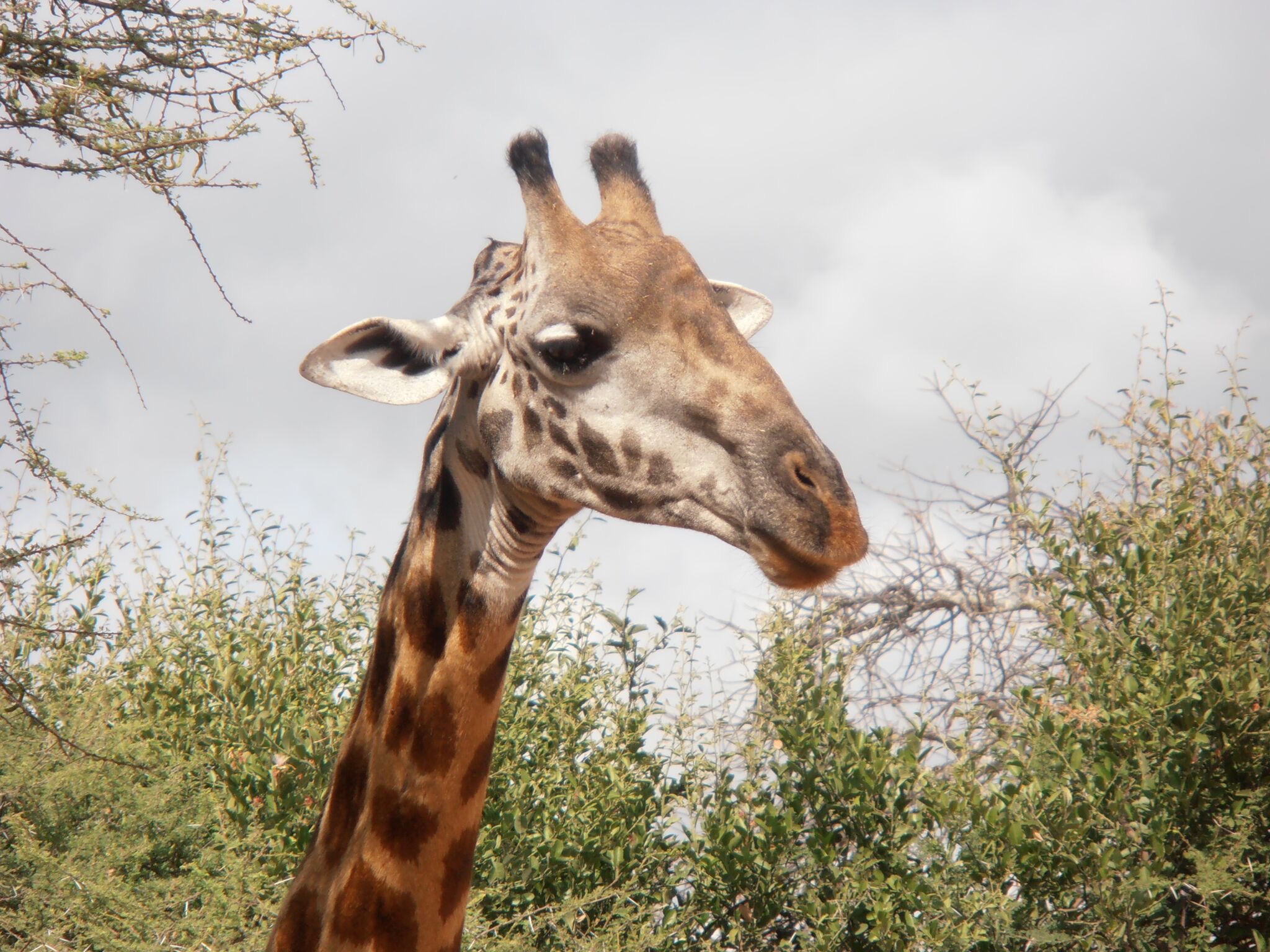 2. Ngorongo Crater – Once an active volcano, the Ngorongo Crater was created millions of years ago when the volcano cone collapsed. The crater today is 12 miles wide, 2,000 feet deep and holds the superlative for highest concentration of wildlife on the planet. Though a bit more crowded with tourists, the crater is definitely worth a visit on any trip to Tanzania. 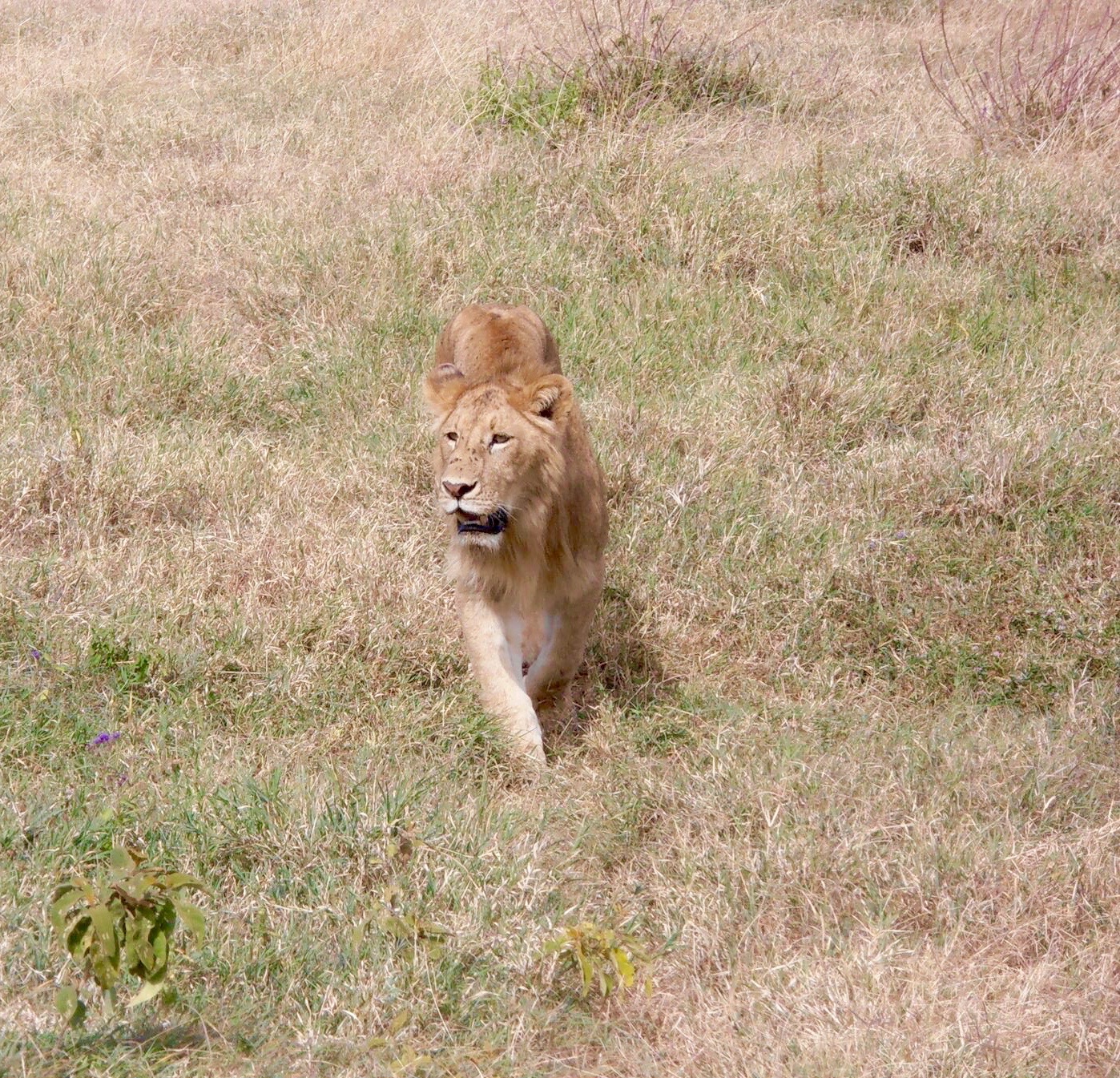 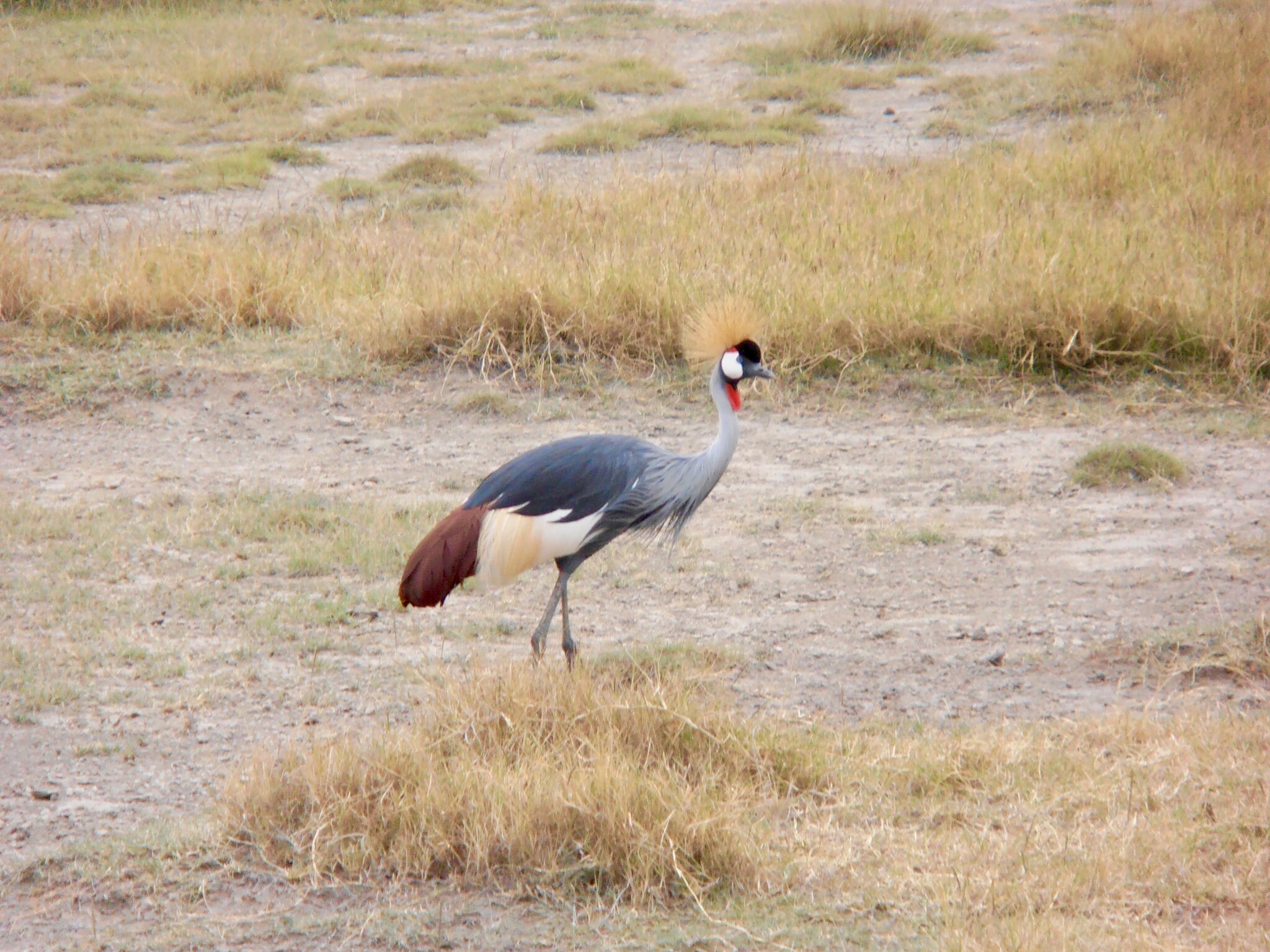 3. Serengeti National Park – At 9,000 square miles, Serengeti National Park is one of the largest wildlife sanctuaries in the world. It also abuts the Maasai Mara National Reserve in Kenya and animals regular cross between both parks. As you can see from the map above, Thomson has three camps (“nyumbas”) in the Serengeti area – Central, Northern and Eastern – so we spent a total of 6 days/nights exploring this majestic savanna. 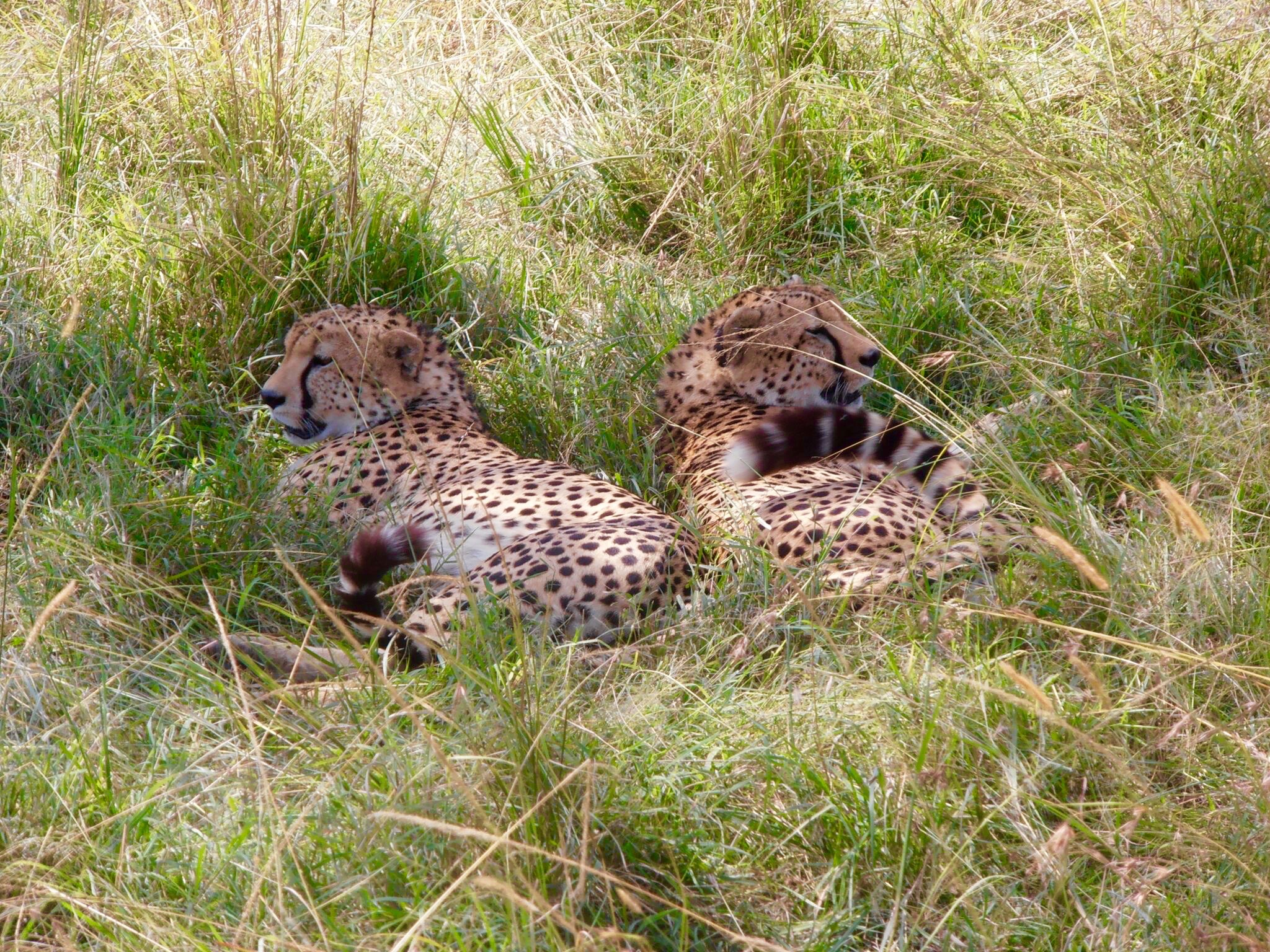 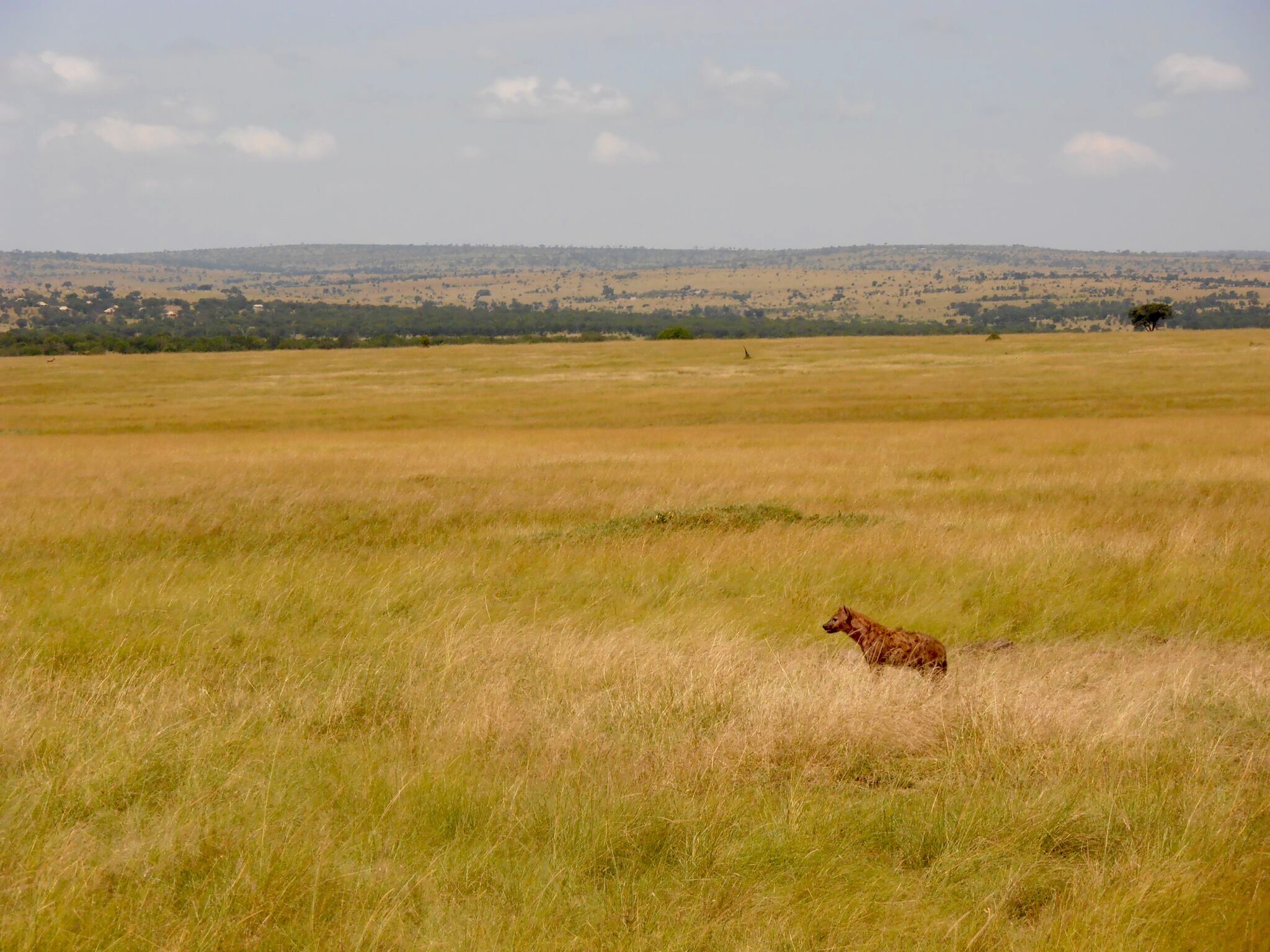 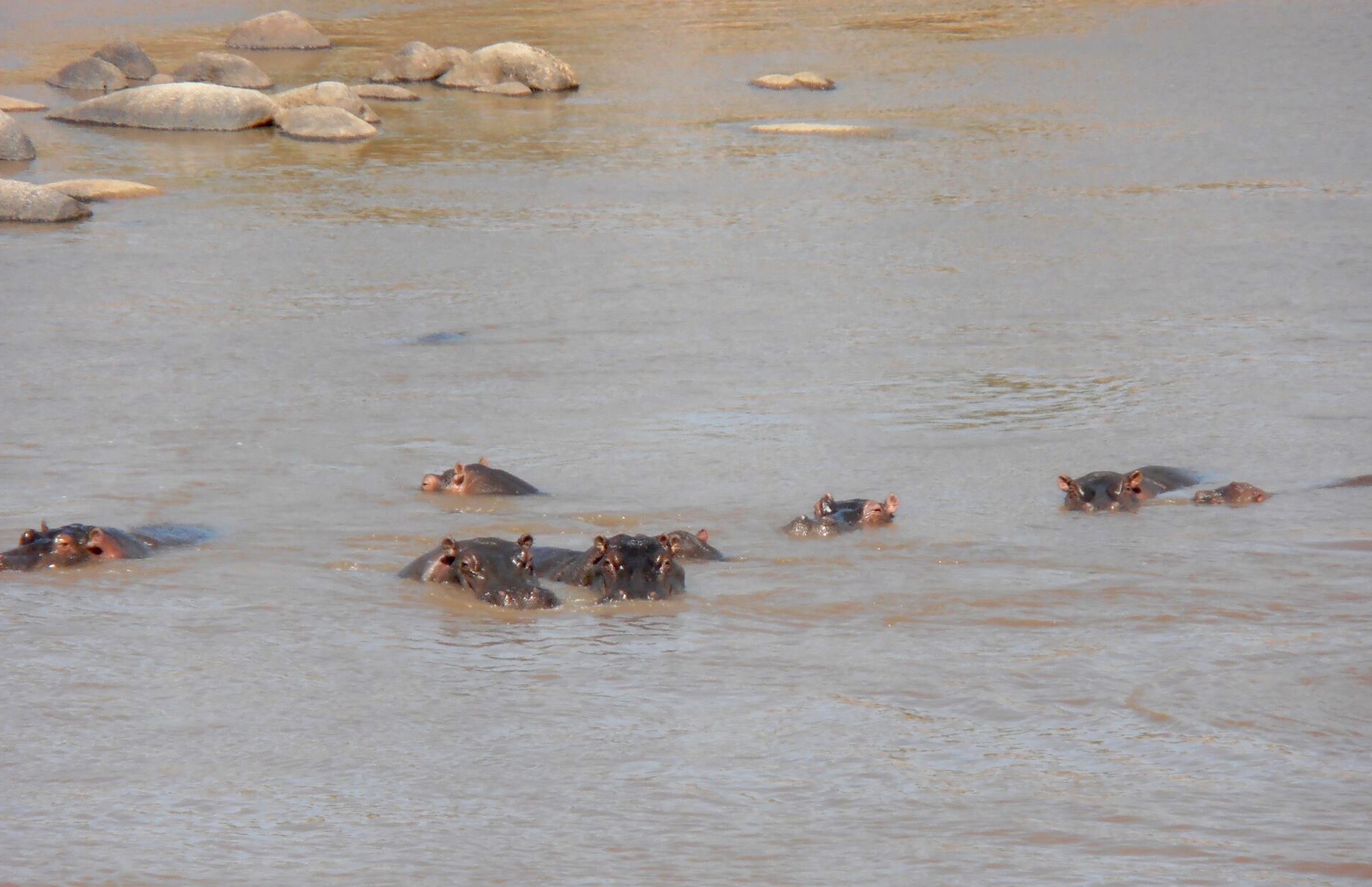 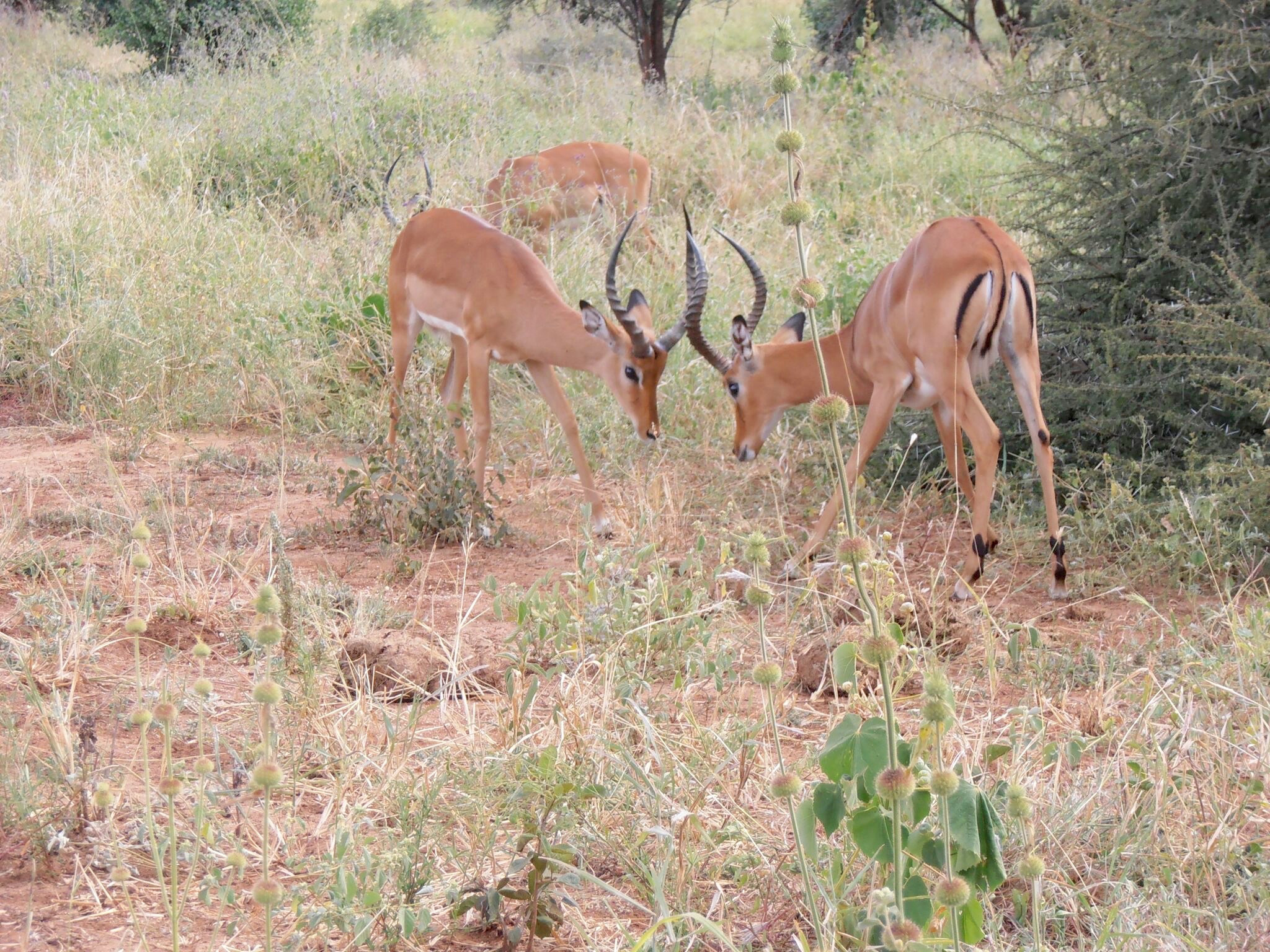 In Tarangire and Serengeti National Parks, we stayed in Thomson Safari “nyumbas” – basically glamping tents. The structures are temporary or semi-permanent (depending on the camp) and have canvas walls, yet they also offer plush bedding, eco-friendly solar powered lighting and an en-suite bathroom with hot “bucket” showers and sustainable pump-flush toilets. It’s as close to modern luxury as you can get while still sleeping under the stars in the African bush. Even if you’re not a camper, I promise you will be comfortable! 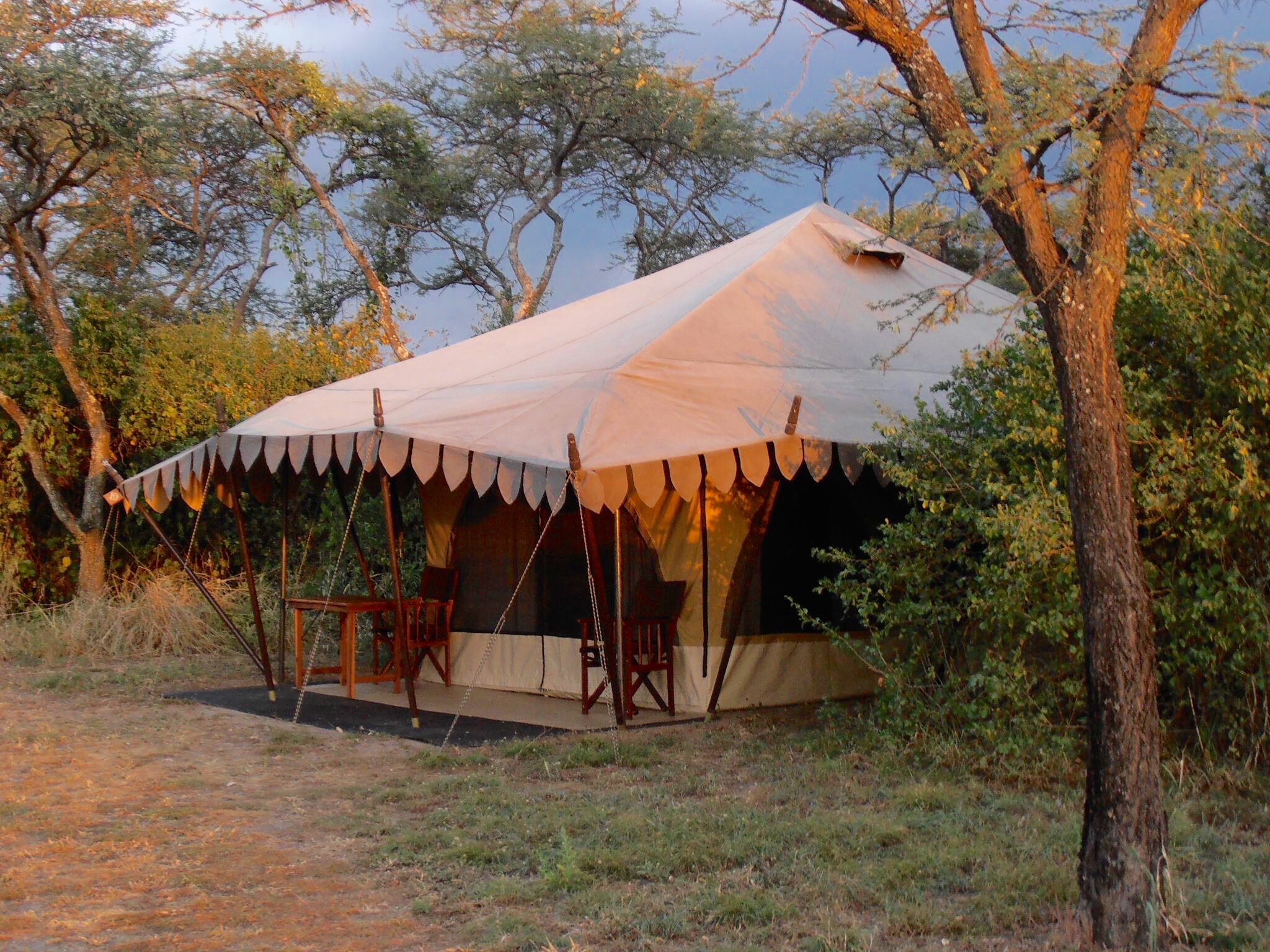 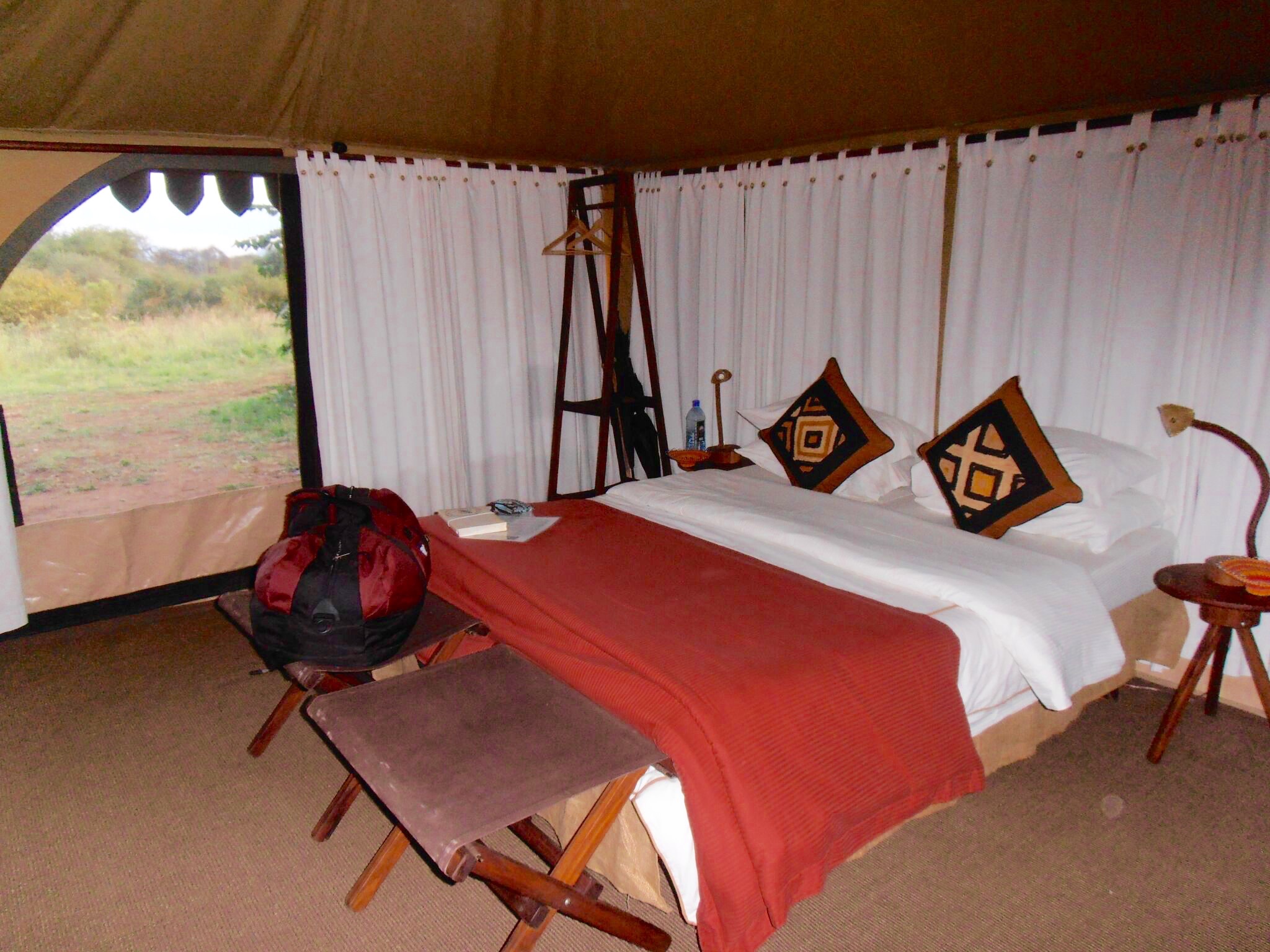 And with a chef on hand at each camp, you will not go hungry. In fact, the food was absolutely excellent and our whole group was always astonished at how the staff prepared such delicious meals without a permanent kitchen! 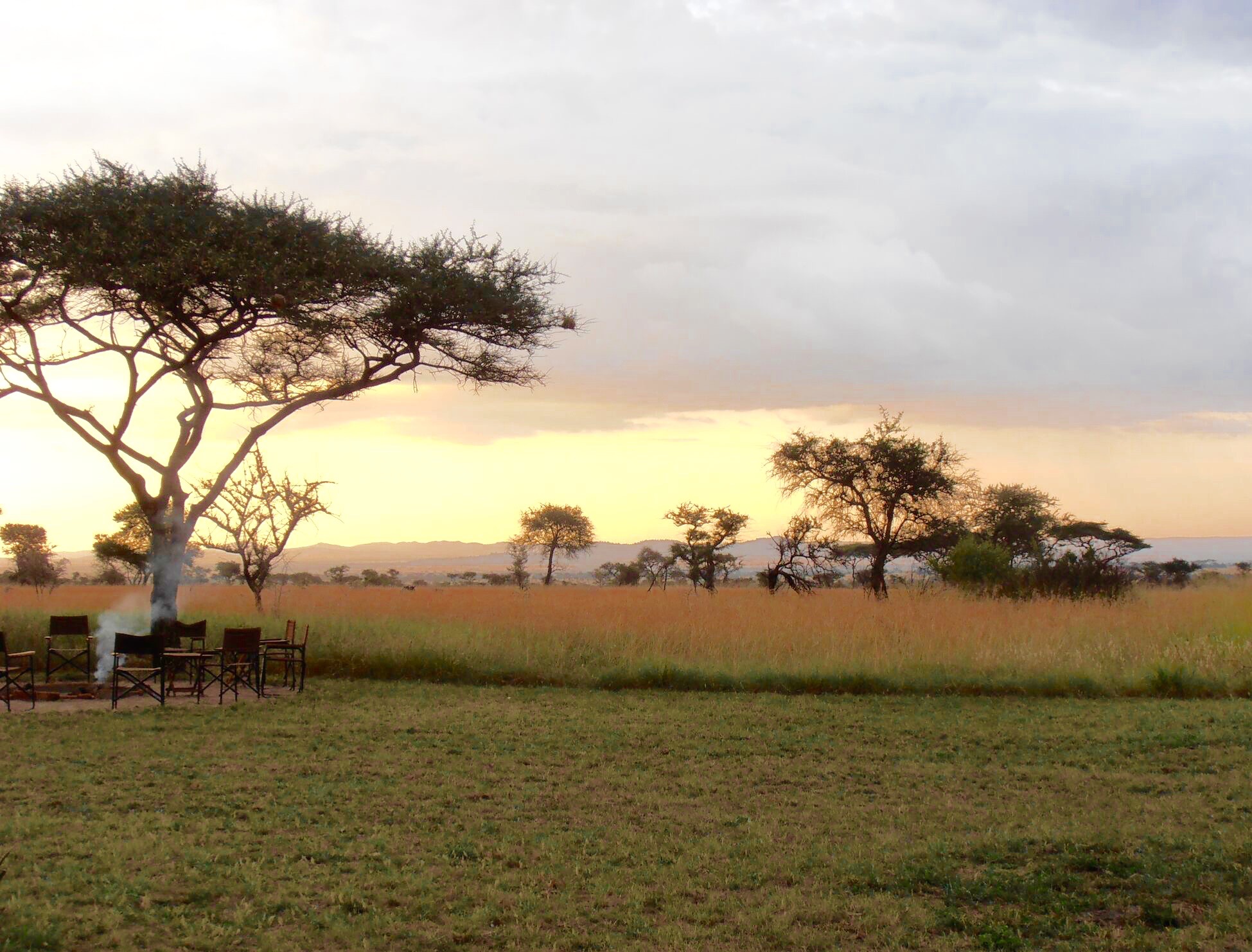 Sunset at the Central Serengeti camp

At the Ngorongo Crater, we stayed at Gibb’s Farm, a five-star sustainable hotel situated on the grounds of a coffee plantation. Although I enjoyed the nyumbas immensely, it was quite a treat to stay at Gibb’s which has consistently been ranked one of the top hotels in all of Africa. 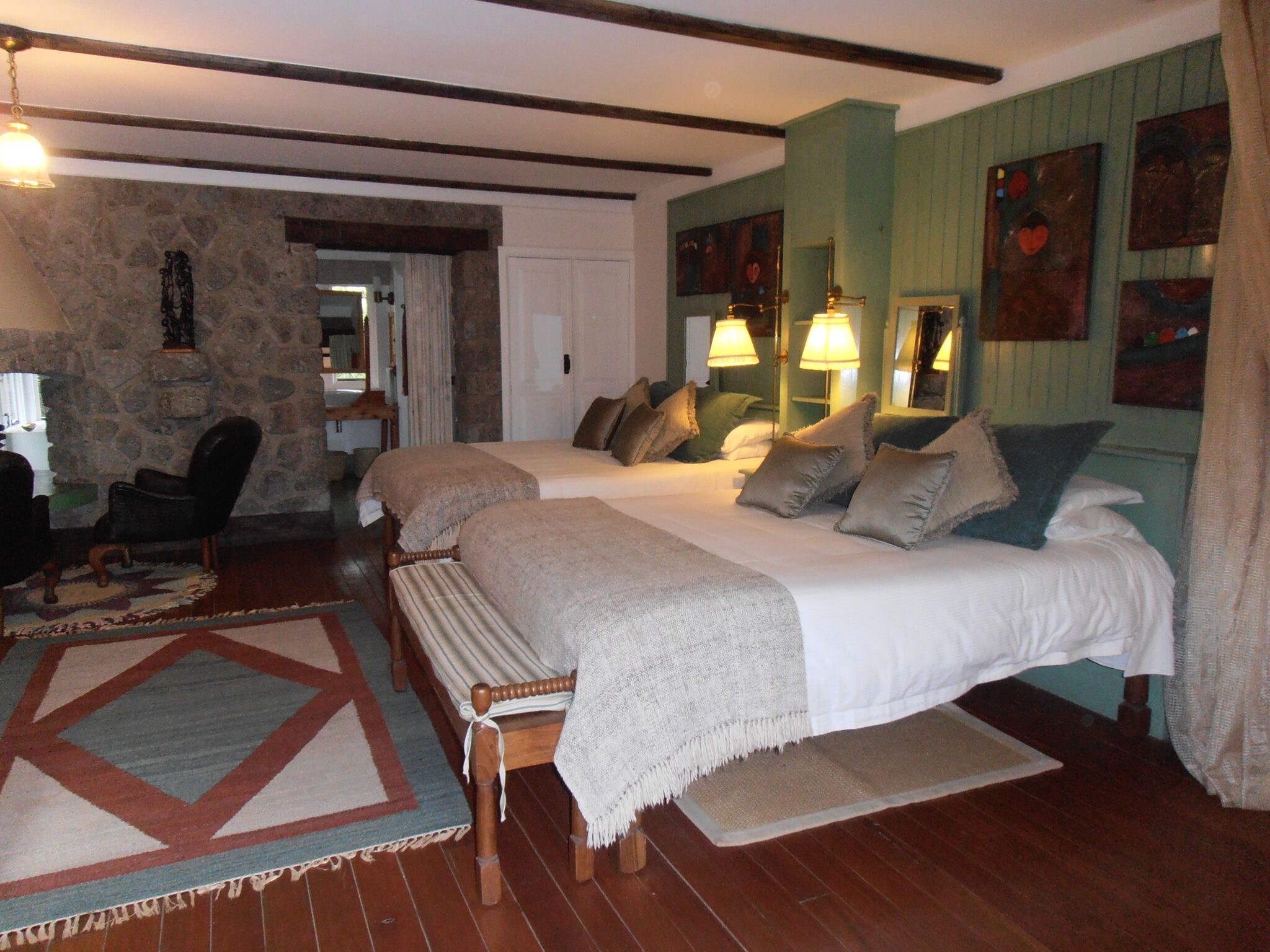 My room at Gibb’s Farm

And Not to be Missed…

Although wildlife viewing is the primary focus of any safari, Thomson also offers several unique opportunities to learn about the history and culture of Africa:

1. Visiting the Maasai people. In the Eastern Serengeti we had the chance to visit a traditional Maasai boma and to speak with the Maasasi about their way of life as a semi-nomadic people. We also were able to visit a women’s entrepreneurial collective where we purchased souvenirs directly from the artisans themselves. 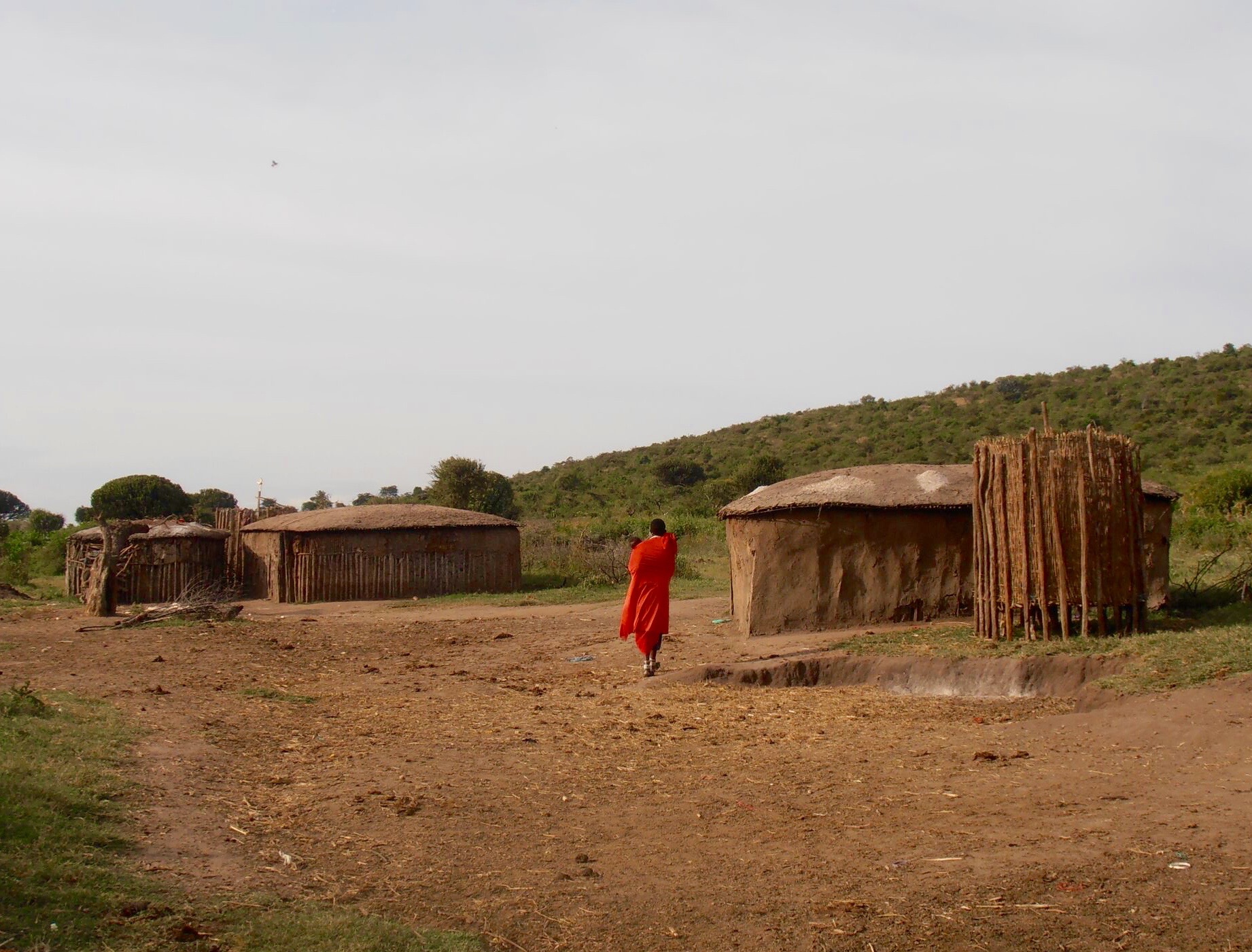 2. Hot Air Balloon Ride. The early wake-up call is well worth it for the spectacular sunrise, views of African wildlife from the air, and traditional English breakfast served post-flight under an acacia tree. 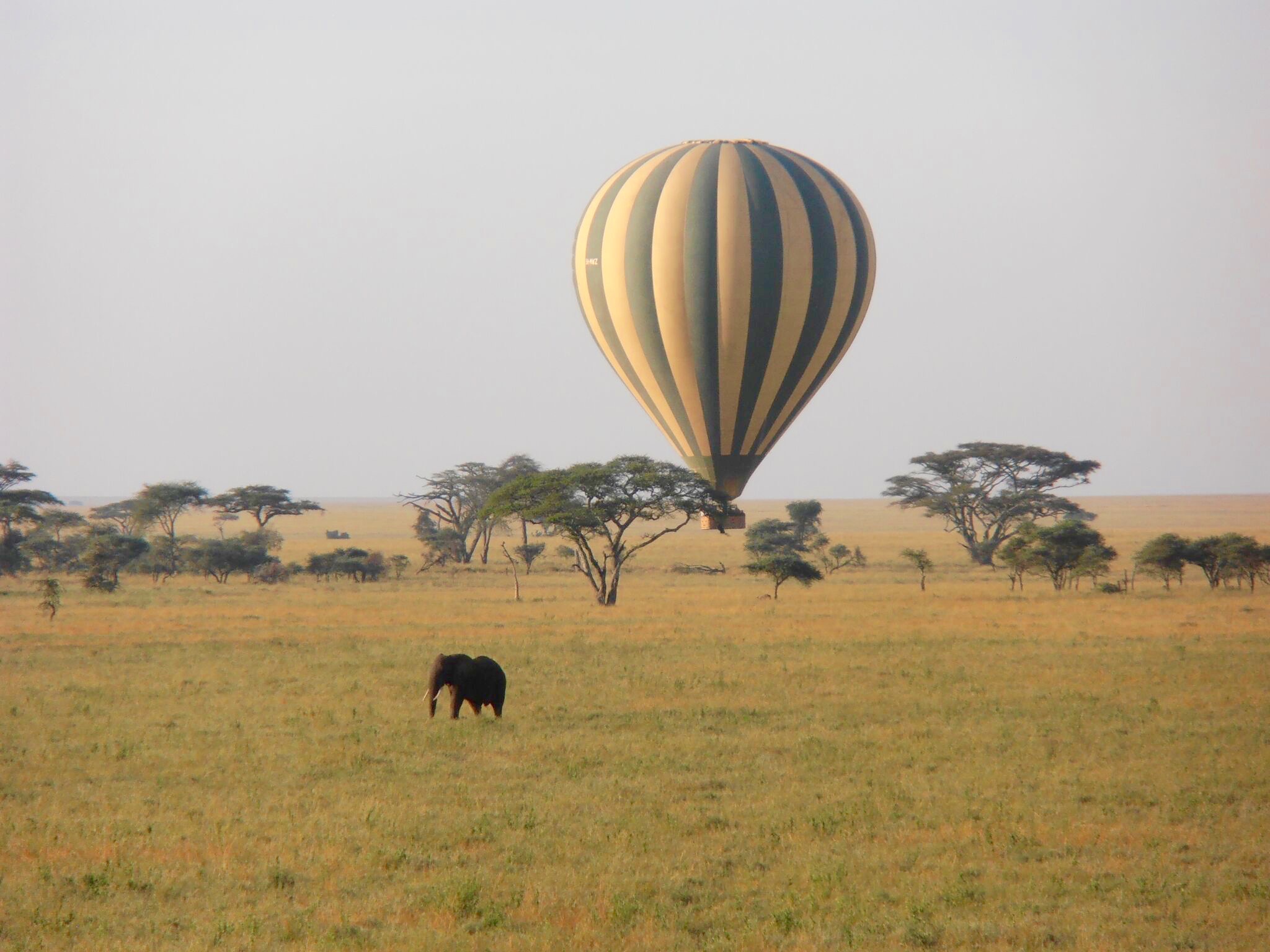 3. Olduvai Gorge. A deep ravine in the Great Rift Valley nearby Ngorongo Crater, Olduvai Gorge was made famous in the 1930s for the discovery of early hominid fossils by Drs. Louis and Mary Leakey. The site visit includes a brief lecture and a tour of the museum chronicling the numerous fossils discovered at the gorge and their contribution to our understanding of human evolution.

I loved every second of my trip to Tanzania with Thomson Safaris and cannot wait to return! 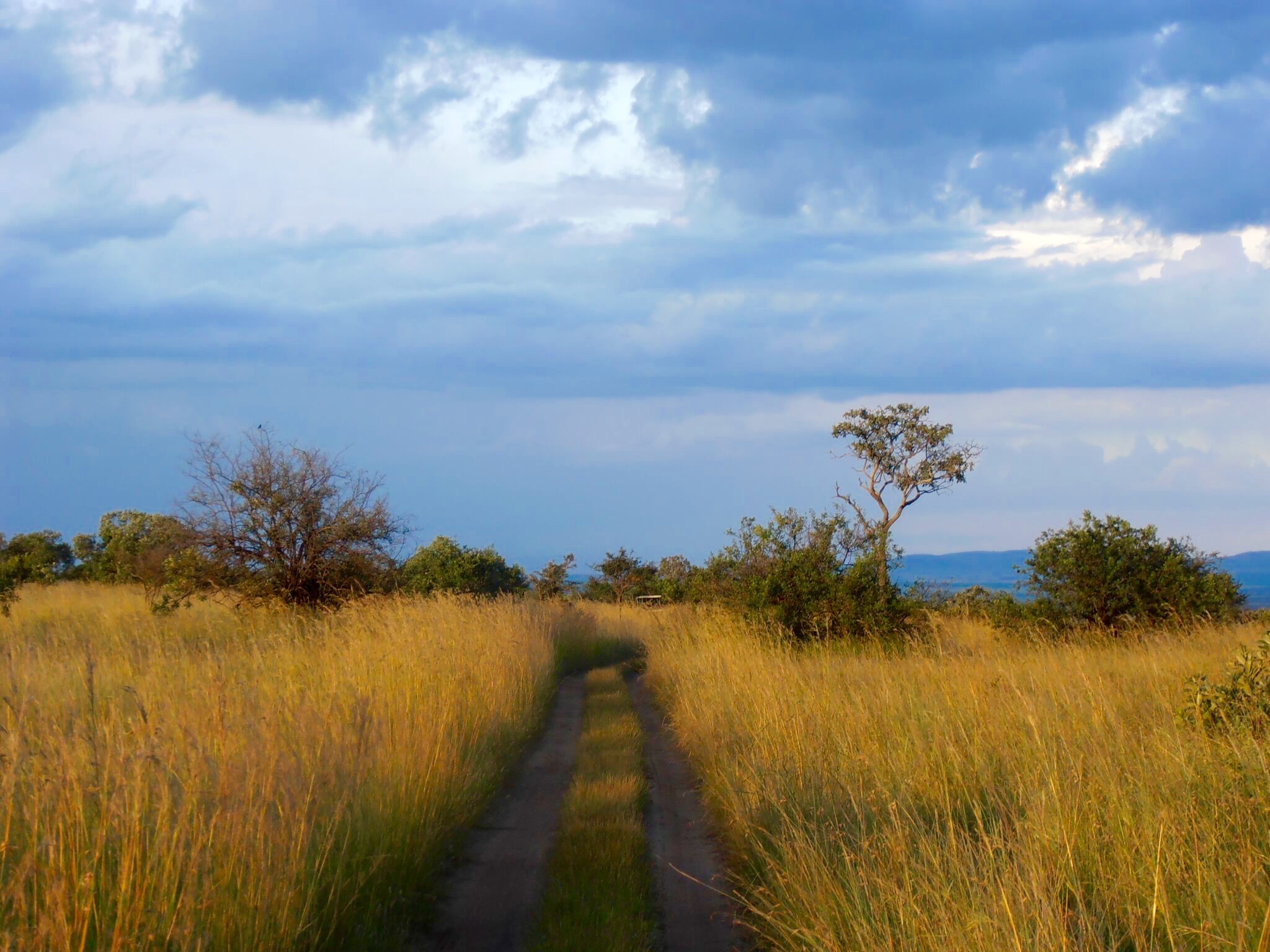 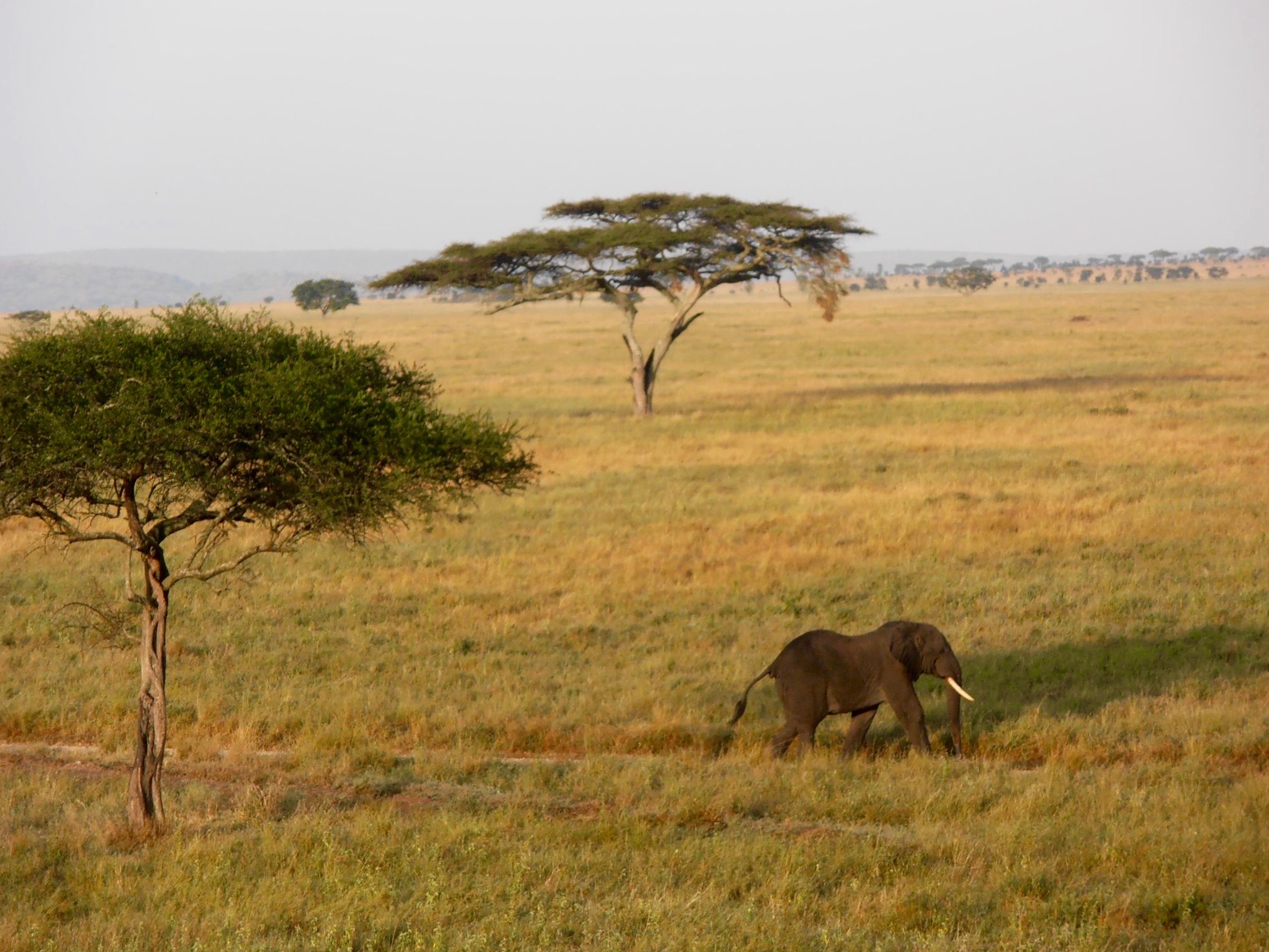