Cologne, the 4th largest city in Germany (after Berlin, Hamburg, and Munich), is situated in the Western portion of the country along the Rhine River. I recently traveled to Cologne for a work conference and luckily, had a bit of free time to explore. While there isn’t a ton to see in Cologne, it’s definitely worth a visit as part of a German tour. Here are my recommendations for the top 5 things to see and do in Cologne: 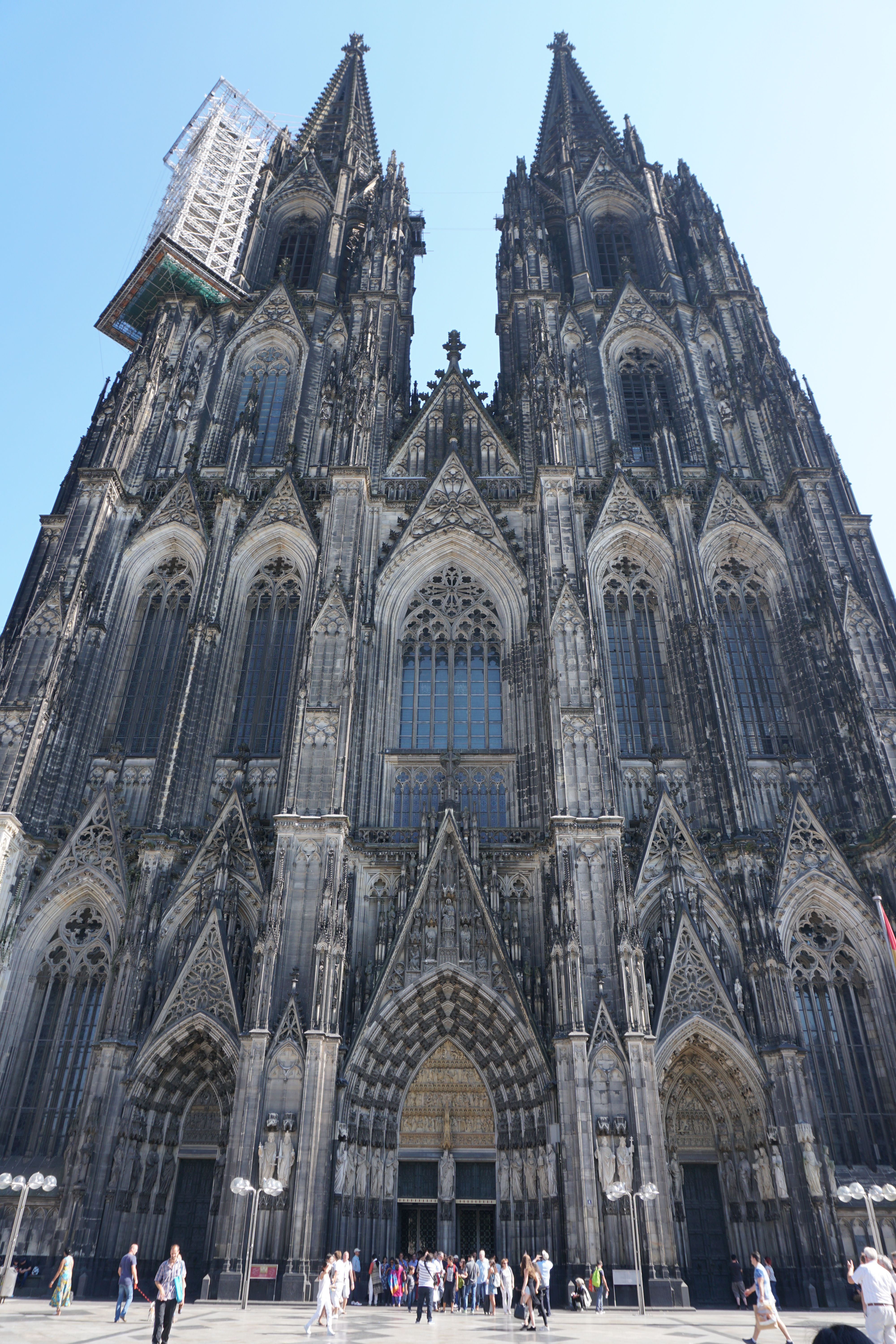 1. Cologne Cathedral (Kolner Dom) is hands down the #1 site to see if you spend any time in Cologne. Construction began on this cathedral in 1248 and it now stands as one of the preeminent examples of Gothic architecture in Europe today. It is a UNESCO World Heritage site and is also the most visited landmark in all of Germany. The Shrine of the Three Kings is believed to hold the remains of the three wise men and is the reason that the church has served as a pilgrimage destination for Catholics since the middle ages. 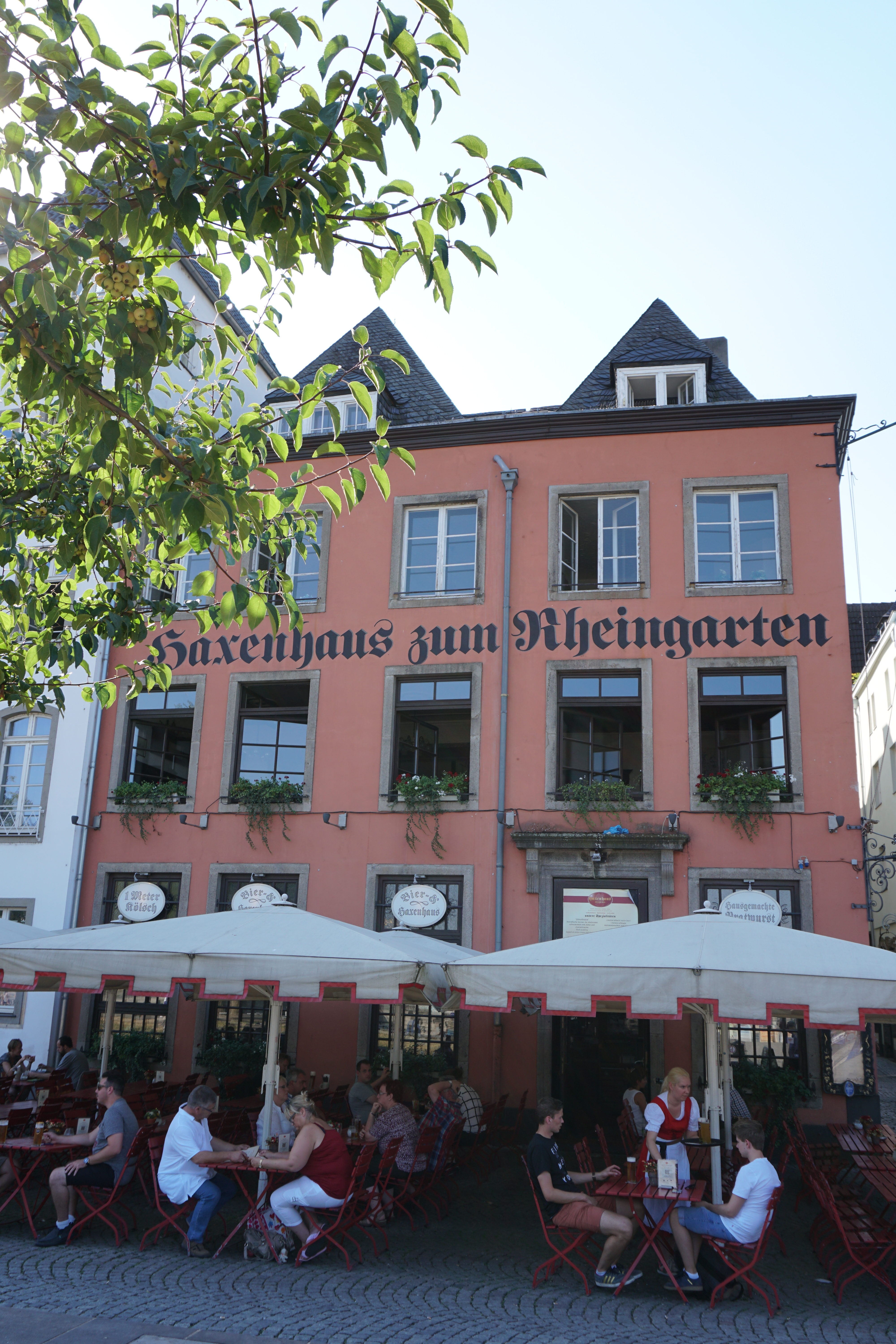 2. Old Town Cologne is very close in proximity to the Cathedral. Though small, it includes a smattering of colorful and charming old buildings that mostly house restaurants, bars and gelato shops. Situated just along the Rhine river and a small park, it’s a delightful place to sit outside for lunch or in the evening and enjoy some fresh air in the center of the city. 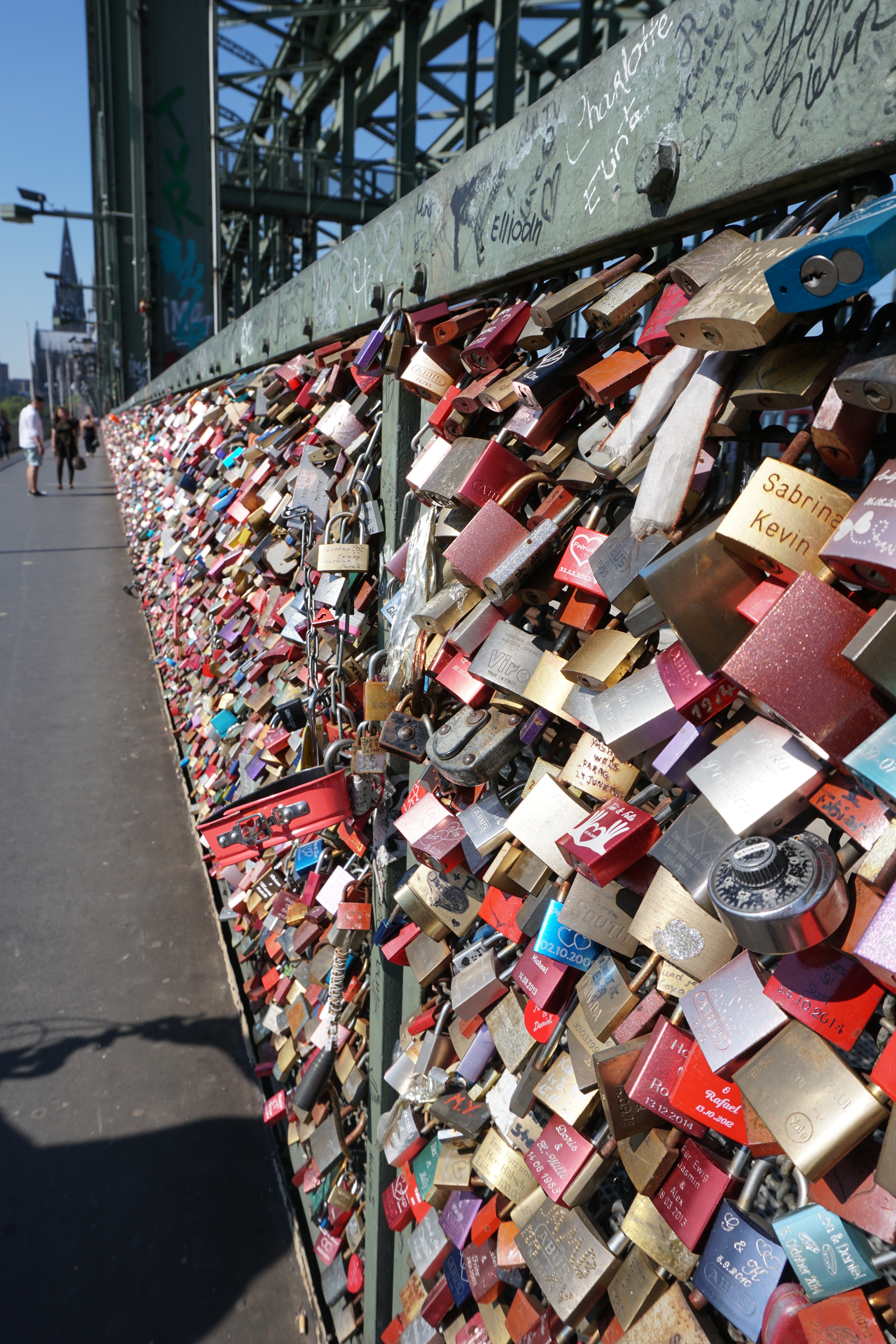 3. Hohenzollern Bridge is Cologne’s very own “Love Locks” bridge. With a wide pedestrian walkway along the side, the bridge offers great views over the Rhine River. The amount of locks on this bridge is also truly astounding and makes for quite a beautiful art display as you walk along. 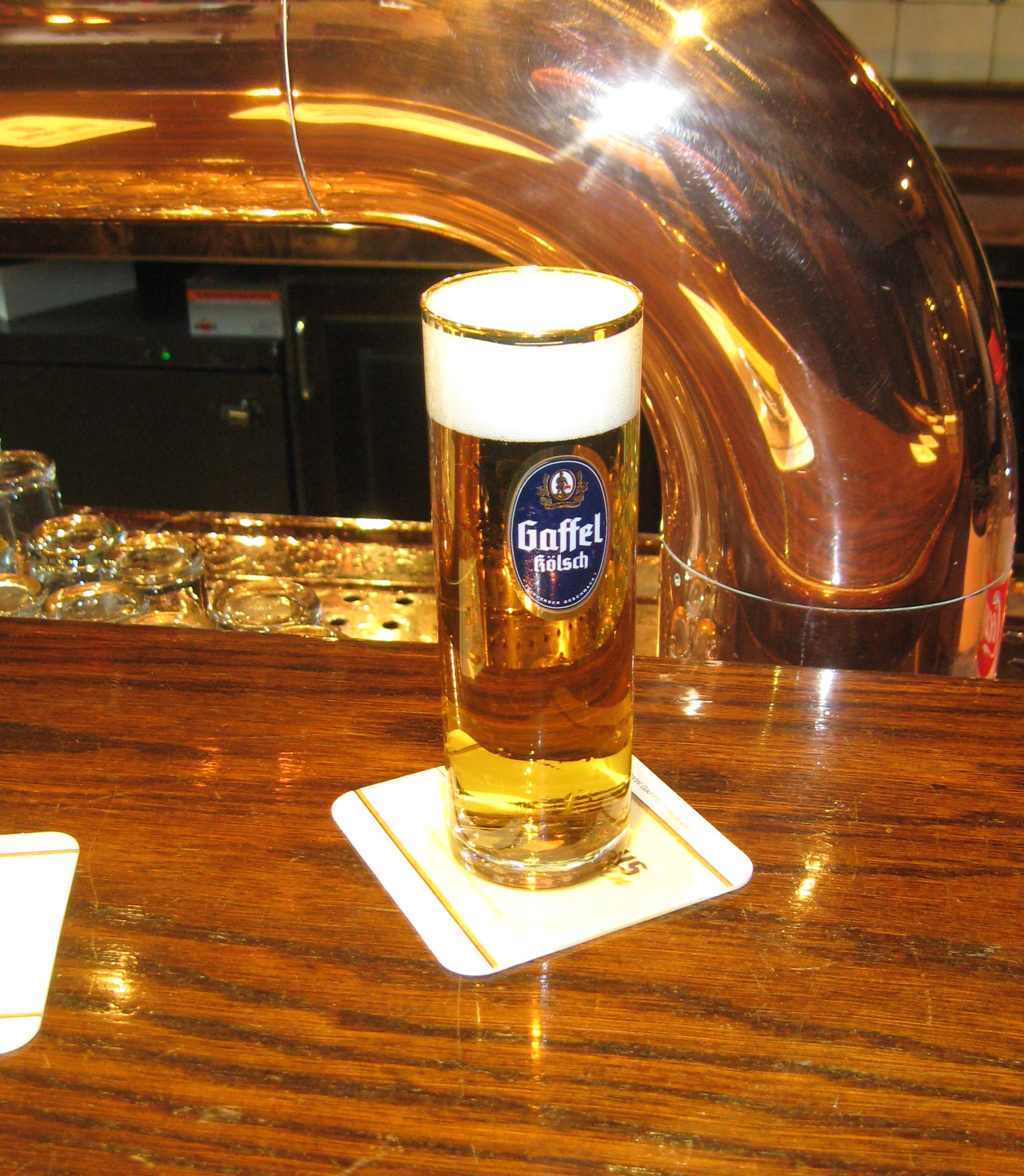 4. Gaffel am Dom is one of Cologne’s best known beer halls, featuring Kolsch beer (a light beer native to Cologne) made by the local Gaffel brewery. This beer hall is also very close in proximity to the Cathedral. It’s quite large and is a great place to enjoy a round of Kolsch with a larger group and to sample some traditional German fare. The schnitzel in particular was excellent! 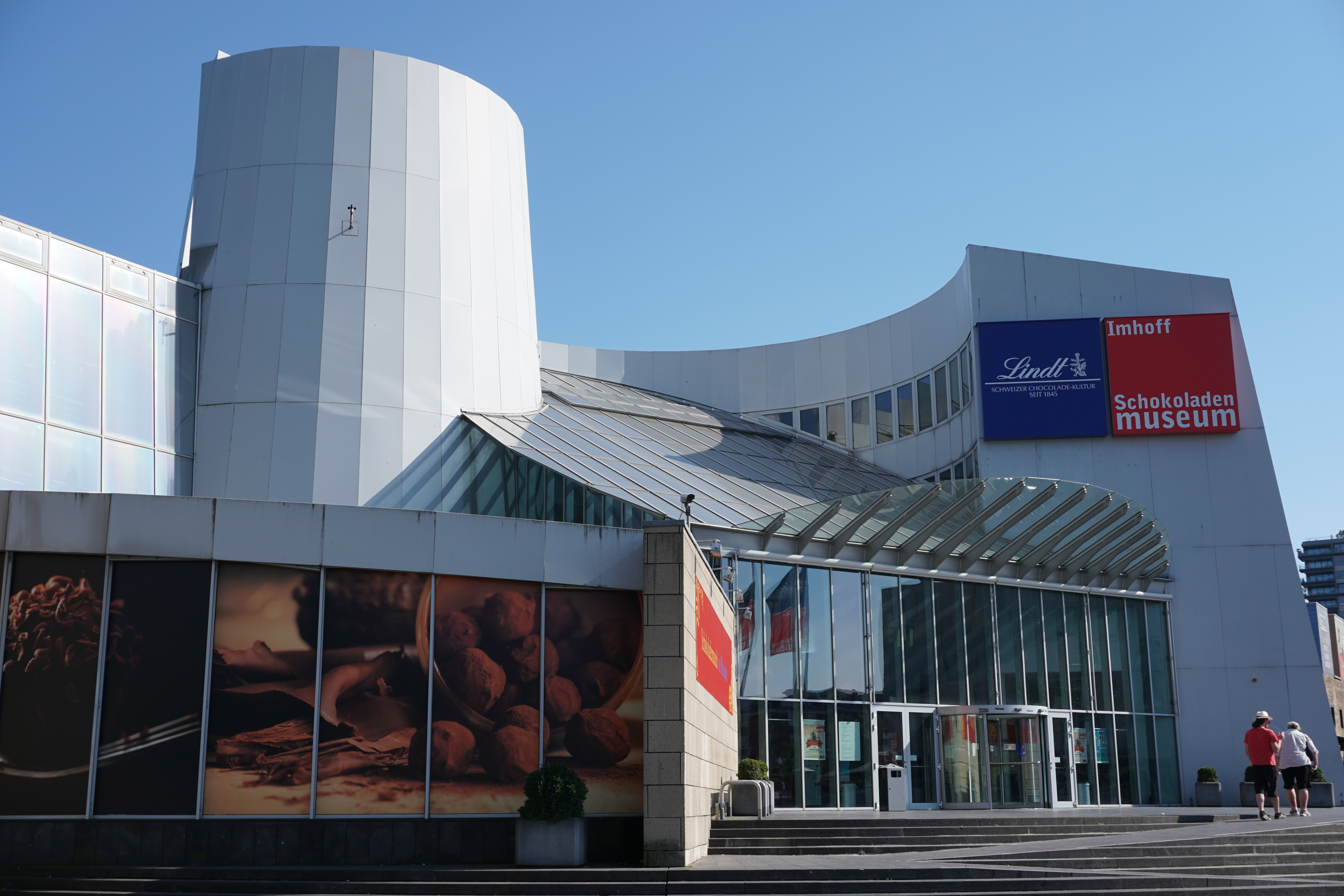 5. The Lindt Chocolate Museum is located just down the river from Old Town. While this is a bit touristy, who can resist chocolate? I, unfortunately, didn’t have time to tour the museum but I definitely spent some time in the gift shop and purchased a few “souvenirs” if you will. There’s also a great cafe in back with some delectable looking cakes! 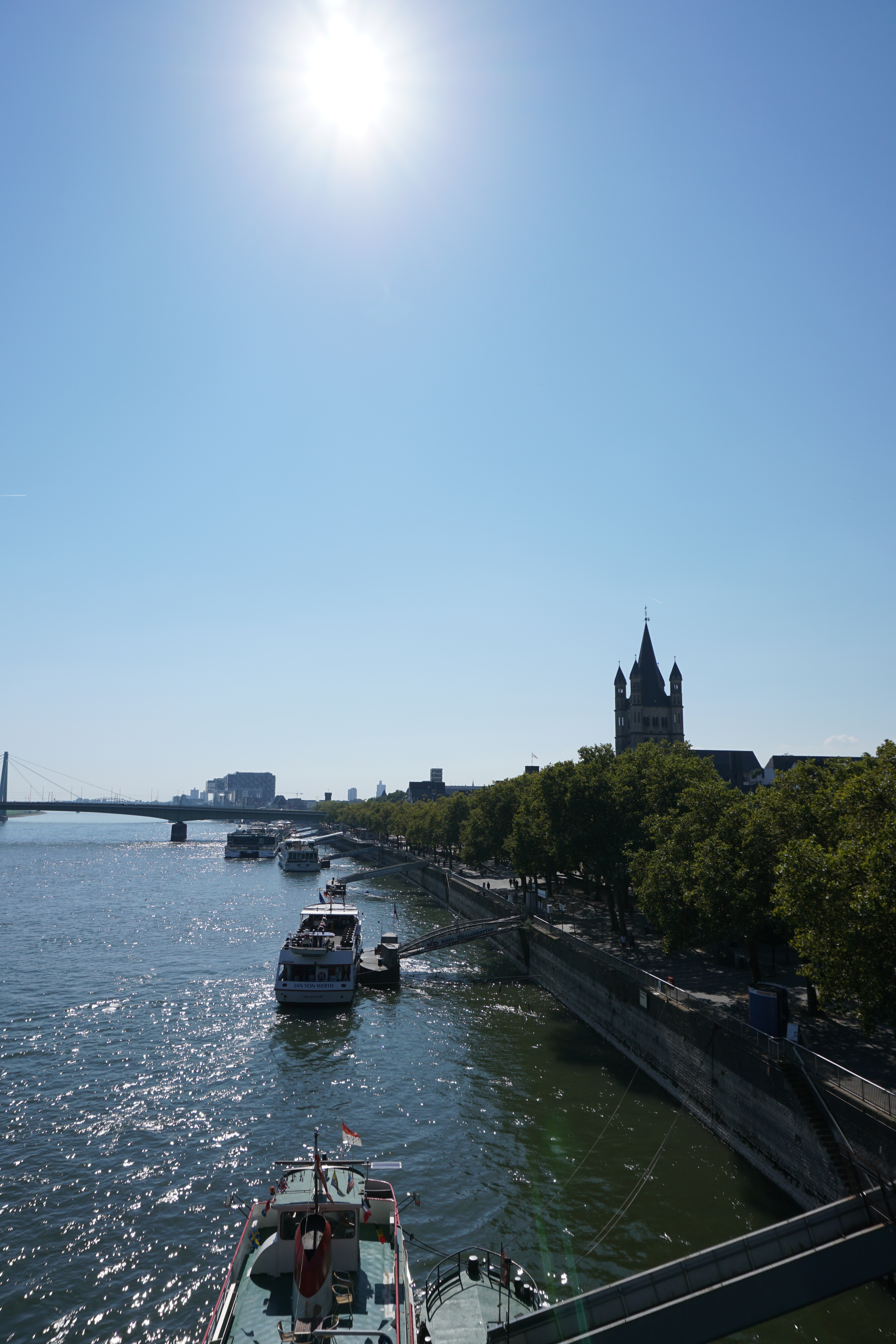 Beautiful sunny day in Cologne along the Rhine River